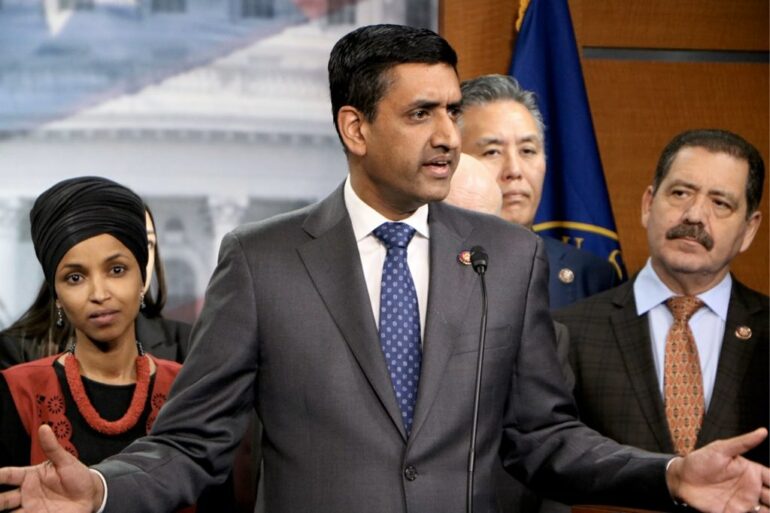 Members of Congress aren’t going to stand aside as Trump drags us into another possible war in the Middle East. [Photo Credit: Ro Khanna, Public domain, via Wikimedia Commons]
NewsPoliticsWorld

Democrat Representative Ro Khanna (CA) has seen enough and is now criticizing President Joe Biden on his handling of the gas crisis.

Khanna said he “doesn’t understand,” why the Biden administration has not banned oil exports during an appearance on Fox News, The Daily Wire reports.

Joe Biden isn’t doing enough in Khanna’s eyes and he is letting it be known.

Biden released oil from the strategic oil reserve but many of the barrels went to European countries and communist China.

His press secretary was unaware:

The Chinese gas company that the Biden administration sold the oil to Biden’s son’s equity firm has a stake in.

A report indicated that Hunter could still be connected despite denying it.

Last year, an attorney for Hunter Biden told The New York Times that Hunter “no longer holds any interest, directly or indirectly, in either BHR or Skaneateles.” As recently as March, records in China’s National Credit Information Publicity System showed that Skaneateles still retained its 10% stake in BHR. Business records in Washington, D.C., still listed Hunter as the sole owner of Skaneateles at the time.

The report did point out that the records from China may not be accurate and could need updated.