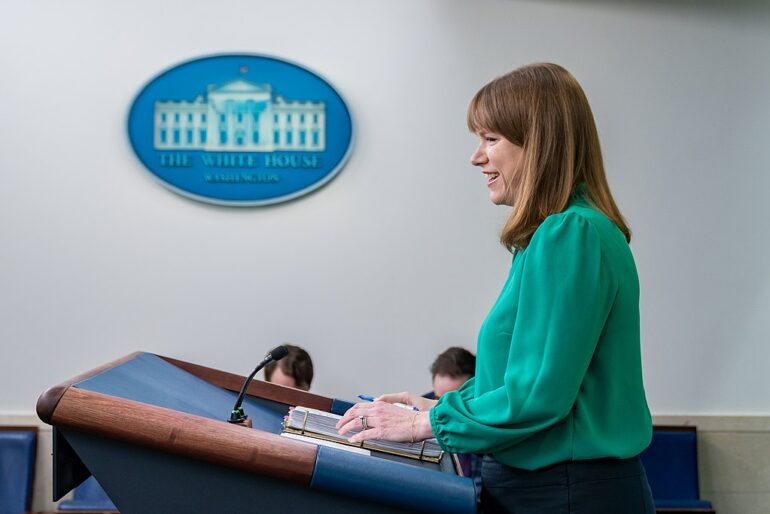 The Biden White House has suffered yet another embarrassing loss, Politico reports.

Bedingfield is not the first high-profile communications staffer to depart before the midterms, but she is the latest.

The report indicates that Bedingfield will leave in a matter of weeks.

Bedingfield follows Jen Psaki out the door as Democrats become more frustrated with the communications strategy of the Biden White House.

White House Chief of Staff Ron Klain released a statement, “Without Kate Bedingfield’s talent and tenacity, Donald Trump might still be in the White House, the Rescue Plan and the Infrastructure Law might still be unrealized goals, and Ketanji Brown Jackson might not be sitting on the Supreme Court… She has played a huge role in everything the President has achieved.”

Bedingfield was the communications director for Vice President Biden in 2015.