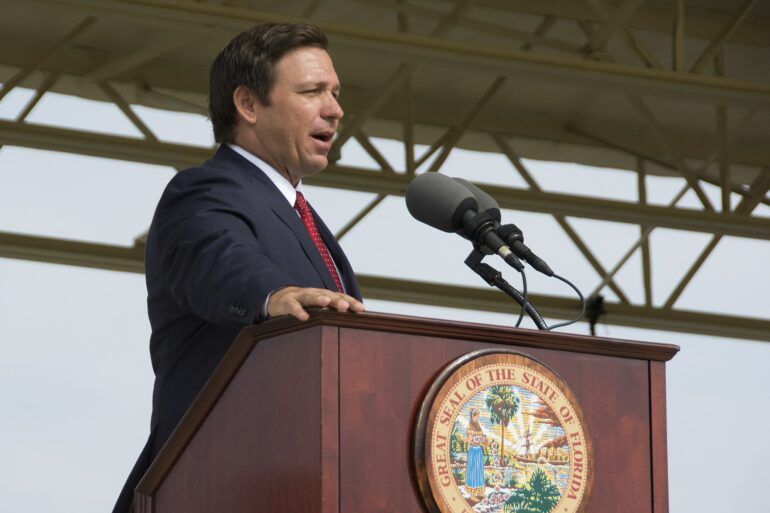 According to a recent Marquette University Law School survey, Florida Governor Ron DeSantis now has an almost unbelievable 20-point lead over former President Donald Trump in a hypothetical matchup between the two ahead of the Republican Party’s 2024 presidential primary.

According to the survey, DeSantis has gained significant ground on President Joe Biden, moving from a nine-point deficit at the start of 2022 to a now 42-42 tie with the former president.

According to the survey, Trump is a whopping ten points behind Biden, in a potential 2024 general election matchup.

In addition, DeSantis managed to defeat Trump by a stunning 20 points, 60 to 40, when Republicans and Republican-leaning independents were included in the poll.

DeSantis also outperformed Trump among Republicans and Republican-leaning Independents who did not complete high school, 53.2 to 46.5. A significant number considering that this is the very demographic group which most believe is the core of Trump’s support.

Following the party’s poor performance in last month’s midterm elections, the former president launched of series of bizarre and unprovoked verbal attacks on DeSantis, in the process calling him names and alleging that he was merely an average governor, in spite of the fact that he won re-election by a historic margin in Florida.

DeSantis did not reply to the attacks in kind and it is currently unclear whether or not he intends to run for President during the 2024 cycle.