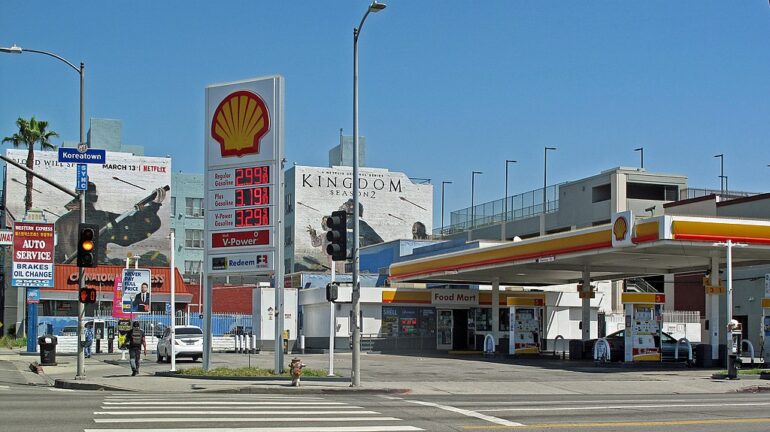 How Hidden Fuel Taxes Are Increasing Your Gas Bill

Taxes on fuel can be pretty hefty, but they’re hard to notice if you’re not looking for them.

A Chevron gas station in Los Angeles was spotted charging over $8.00/gal for gasoline on Tuesday, a stark reminder of just how much fuel prices have risen across the country. Customers were unsurprisingly frustrated by the price, but felt there was little they could do to avoid it.

In a statement released to FOX11, Chevron defended the decision to set prices this high.

“In addition to the price of oil, other factors include the competitive conditions in the marketplace, the higher cost to produce gasoline to the specifications required by the California Air Resources Board, costs associated with fuel distribution, local, state and federal taxes, California carbon-compliance costs, recent inflationary pressures, and fixed costs of doing business that are often higher in California relative to other states (e.g., the cost of commercial real estate),” Chevron said.

There’s a lot in there, but one noteworthy piece is taxes. California has some of the highest gas taxes in the country, with total state taxes amounting to 68.15 cents per gallon. Throw in federal taxes on top of that, which total 18.4 cents per gallon, and you can see how it starts to add up.

With taxes having such a significant influence on gas prices, some states have recently introduced gas tax “holidays” to help ease the pain at the pump. New York, for instance, is suspending its 16-cent-per-gallon motor fuel and sales tax from June through December. Connecticut suspended its 25-cent gas tax from the beginning of April through to the end of June, and Georgia suspended its 29.1-cent tax from mid-March to the end of May.

Now, it’s easy to think that suspending a 16-cent-per-gallon tax means that gas prices will go down by that amount overnight, but it’s not quite that simple. What the tax suspension actually does is lower the cost of production for gas producers like Chevron and Exxon (causing the supply curve to shift down). Now, this will almost certainly result in prices coming down due to competition, but the amount that prices go down depends on the relative elasticity of supply and demand. Put simply, some of the 16-cent break will go to consumers in the form of lower prices, but some of it will go to producers in the form of higher profits, and that breakdown will vary depending on the specific market factors in each context.

So, cutting gas taxes does bring gas prices down, but it’s highly unlikely that it will be cent-for-cent.

What’s curious about these gas tax cuts is how hard it is to notice them. Many drivers in these states likely had no idea these taxes had been suspended. Some perhaps didn’t even realize these taxes existed in the first place, or at least weren’t aware of how high they were.

The reason, of course, is that gas taxes are hidden in the price of fuel. For the most part, there’s no indication on your receipt about all the taxes that influenced the final price.

In theory, there’s nothing wrong with this. People can look up the taxes if they want. But psychologically, this makes a tremendous difference.

Think about your typical trip to the gas station. You notice the price, the company logo, and that’s about it. Thus, when prices go up and down, you naturally associate that with the gas market and the company. There’s no big sign pointing out the government interference that’s taking place behind the scenes.

Who is Congressman Chip Roy?

Is it any wonder, then, that people are constantly blaming the gas companies for high prices? We hear so much about “corporate greed” and “price gouging” and the need for a “windfall profits tax,” and yet we hear so little about gas taxes. Why? Because you can’t protest what you can’t see. There’s hardly any visibility around these taxes, which is precisely why there’s hardly any pushback.

Consider, for a second, what would happen if every single gas bill pointed out the state and federal gas taxes associated with it. Imagine how people would react. In all likelihood, there would be a significant outcry imploring the government to reduce the taxes.

It makes you wonder if that’s why they made these taxes so invisible in the first place.

Patrick Carroll has a degree in Chemical Engineering from the University of Waterloo and is an Editorial Fellow at the Foundation for Economic Education.