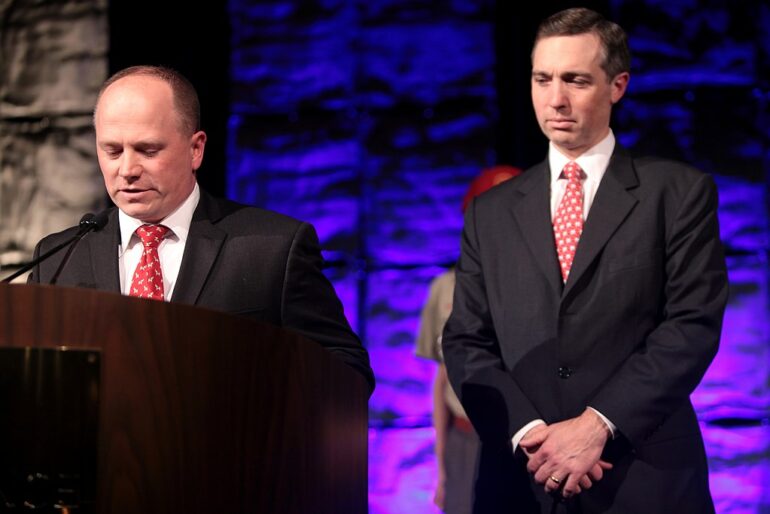 Congressman Van Taylor took getting to know the enemy a little too seriously and has dropped his campaign for re-election after admitting to an affair with the former wife of a dead ISIS leader.

Running on the slogan “Family Man. Businessman. United States Marine.” the three-term Texas Republican announced the end of his efforts at winning a fourth term despite prevailing in his primary and nearly winning outright with 49 percent of the vote. Former Collin County Judge Keith Self was runner-up and is virtually certain to become the next congressman for the 3rd District in the Lone Star State.

According to Waco’s KWTX, Taylor wrote in an email to supporters, “About a year ago, I made a horrible mistake that has caused deep hurt and pain among those I love most in this world. I had an affair, it was wrong, and it was the greatest failure of my life. I want to apologize for the pain I have caused with my indiscretion, most of all to my wife Anne and our three daughters.”

He left out that the person he cheated on his wife with was Tania Joya, who told Breitbart News that she was paid $5,000 to delete lewd text messages proving the affair sent by the congressman in June 2021. She provided bank statements and screenshots allegedly confirming her story, along with other talents.

Breitbart reported that “Joya was born in London and is a UK citizen. In 2003, at 19 years old, she met John Thomas Georgelas, an American-born convert to Islam, jihadist, and supporter of the Islamic State. In September 2013, she moved to Syria and ‘hated’ living there for how they treated women. Joya later informed American authorities on Georgelas, and afterward worked on counter-terrorism for three years ‘so we could drone him,’ she said of Georgelas.”

Georgelas “was born into a wealthy family with a long military tradition. His grandfather Colonel John Georgelas was wounded twice in the Second World War and worked for the Joint Chiefs of Staff. Tim Georgelas spent three years in the U.S. Army, then accepted an Air Force commission to attend medical school. He retired as a colonel in 2001, and now practices radiology in a north-Dallas breast-imaging clinic.” John converted to Islam shortly after the September 11th attacks on the United States and maintained a close friendship with Abu Muhammad al-Adnani, the ISIS spokesman, chief strategist, and director of foreign terror operations.

Considered a leader in ISIS, Georgelas adopted the name Yahya al-Bahrumi. In 2017 he was profiled by The Atlantic as “the American climbing the ranks of ISIS” before being blown up or shot by Russian and Syrian forces during the Mayadin offensive that same year.