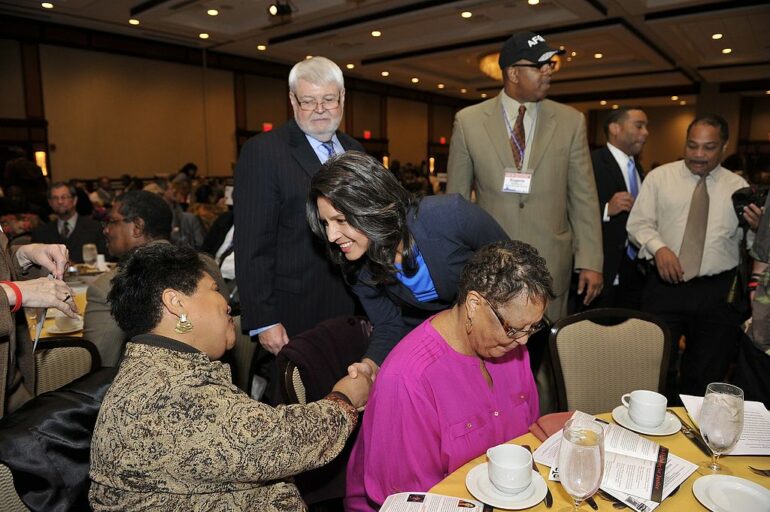 Former Dem Presidential Candidate Squares Off with Biden on Policy

A new task force within the Department of Justice is being created to combat domestic terrorism which came to light last week. It’s aim is to target Americans with “anti-authority” or “anti-government” beliefs.

“Biden’s new policy of directing a domestic terrorism unit to target those who have an “anti-authority” or “anti-government” attitude exposes their anti-liberty/anti-democracy mindset. We must all stand up against this, regardless of our political party.,” Gabbard said.

You can see Tulsi’s response on Fox News here:

Gabbard left office in January of 2021 after declining to run for reelection following her defeat in the 2020 Democrat Presidential primary.

Gabbard has been a member of the Hawaii Army National Guard since 2003 and was recently promoted to lieutenant colonel. During her time in office and on the campaign trail she placed a heavy emphasis on foreign policy, national defense and terrorism.