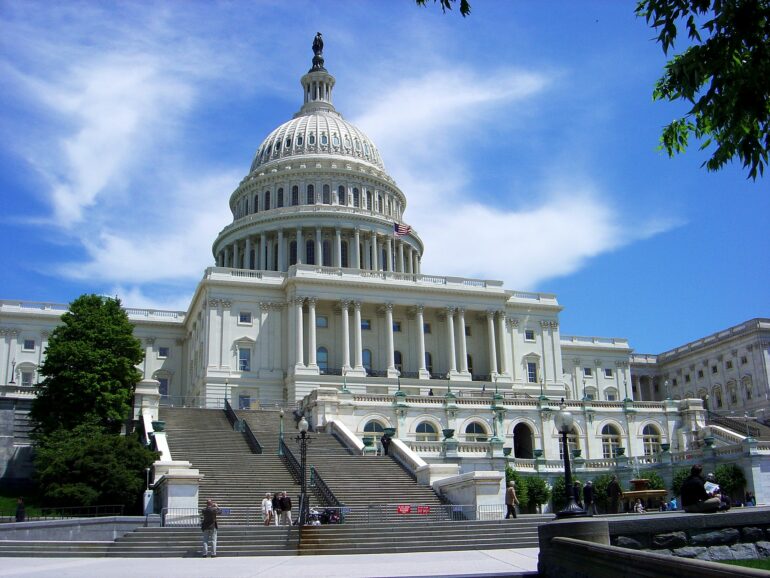 9 Crazy Examples of Government Waste in 2022

You can’t make this stuff up.

With 2022 mostly behind us, many are undoubtedly grateful that this year is ending. From lingering COVID restrictions to the war in Ukraine to economic decline, it’s been a rough go.

Amidst all this, the steady slew of spending coming out of Washington certainly hasn’t helped. While people were struggling to put food on the table and pay for much-needed healthcare, politicians were spending billions of dollars on the most wasteful projects you’ve ever heard of.

To highlight the most egregious of these projects, Sen. Rand Paul has once again published his annual Festivus Report, named after the parody holiday celebrated on December 23. One of the traditions in Festivus is the “airing of grievances,” and so every year Senator Paul uses the opportunity to highlight his grievances with the US government.

Here are some of the craziest examples of government waste that made the list this year.

Broward County, Florida spent $140 million in COVID-19 relief funds to construct a luxury hotel, complete with 30,000 square feet of pool decks, a rooftop bar, and an 11,000-square-foot spa and fitness center. Surely that’s not allowed—you might be thinking—and you’d be right. But the county found a clever work-around. In a board meeting this past February, the money was transferred to the county’s general fund and described as a federal payment to cover lost tax revenue. The money was then returned from the general fund back to the project.

Money is fungible, as they say.

The US government has spent roughly $4.55 trillion on COVID relief aid, of which over $100 billion was stolen or put to fraudulent uses according to the Secret Service.

Where did all of that fraudulent money go? As it turns out, $31.5 million of it was used by four individuals to buy luxury cars such as Porsches, Ferraris, and Lamborghinis.

3) Camouflage uniforms that don’t blend in

The federal government spent $28 million on camouflage uniforms for use in Afghanistan which…didn’t match the environment of Afghanistan.

You had one job…

According to the Office of Management and Budget, the federal government spends more than $1.7 billion a year to maintain 77,000 empty buildings. Part of the problem is that the process for selling these buildings is quite long due to the various regulations involved.

The Staten Island Ferry is free, and by “free” I of course mean funded by taxpayers. Though New York City picks up most of the tab, the federal government often chips in money as well, and this year federal taxpayers contributed a generous $70 million to this venture.

In early 2022 the federal government spent $50 million on a “Visit Tunisia” initiative meant to boost travel to the country. Tunisia’s tourism sector generated over $1 billion in 2019, but apparently it still needs help.

According to a report from White Coat Waste, the NIH recently spent $2.3 million injecting puppies with cocaine for research.

In Fiscal Year 2022, $3 million was earmarked for the construction of a new Gandhi museum in Houston.

Researchers at Georgia Tech recently got a grant for $118,971 to study whether a real-life Thanos could actually snap his fingers while wearing the Infinity Gauntlet. They concluded that “Thanos could not have snapped because of his metal armored fingers. So, it’s probably the Hollywood special effects, rather than actual physics, at play.”

Your taxpayer dollars hard at work…

The True Cost of Government Waste

While it’s easy to focus on the dollar figures associated with these projects, the practical impacts are much more important. As economists constantly remind us, it’s not the dollars and cents that really matter, it’s the lost opportunities.

Every resource that’s used on ill-considered initiatives is a resource that can’t be used to improve our standard of living, and this is the true cost of government waste. People wonder why prices are so high, why services are so scarce, and why economic growth seems so restrained.

Government waste is part of the reason.

The solution to this problem is both the easiest and the hardest thing in the world. The easy part is figuring out what needs to happen: a massive scaling back of government expenditures.

The hard part is convincing the politicians, bureaucrats, and special-interest groups to give up their political racket.

Patrick Carroll has a degree in Chemical Engineering from the University of Waterloo and is an Editorial Fellow at the Foundation for Economic Education.