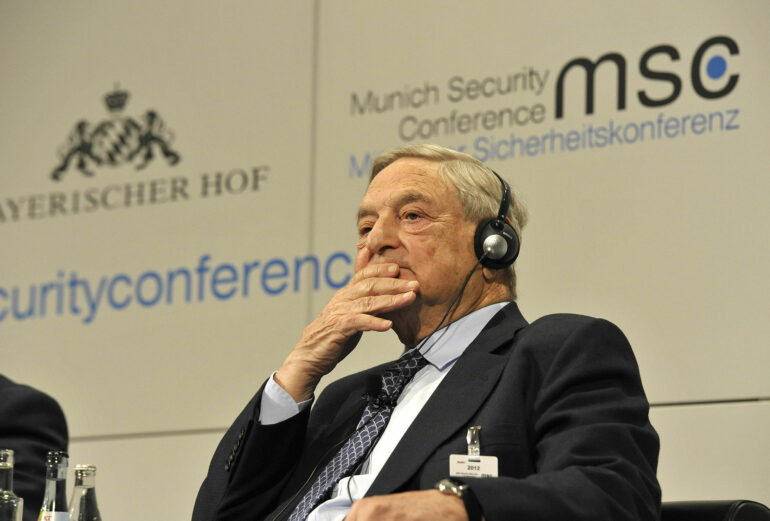 Rogan spoke with former CIA covert operations officer and current CEO of Portman Square Group, Mike Baker, about questionable Democratic megadonors. The subject of Soros and his influence on local politics came up.

“I had a conversation with the governor of Texas about him, with Greg Abbott, where he was explaining to me what George Soros does, and it’s f—ing terrifying that he donates money to a very progressive, very leftist – whether it’s a D.A. or whatever politician, and then funds someone who is even further left than them to go against them. He just keeps moving it along, so he’s playing like a global game and that he enjoys doing it.” Rogan said.

“It’s telling, right? He understood early on where you wanted to seize power, right? Sometimes you think ,‘A senator, that’s the pinnacle of success,’ well, it’s not, really. It’s the D.A.’s, and it’s the state level politicians. That’s where real change occurs and where things can happen,” Baker responded.

“Or real corrosion. That’s what’s scary, is that it seems like he funds corrosion, it’s like he wants these cities to fall apart, he wants crime to flourish, it’s almost like he’s an evil person in a Batman movie.” Rogan said in response.

Baker stated that Soros had astute understanding of where the ability to transform society on the base level truly resides.

The discussion delved deeper into how people become aware of the role of local politicians in recent years, particularly during the COVID-19 epidemic.