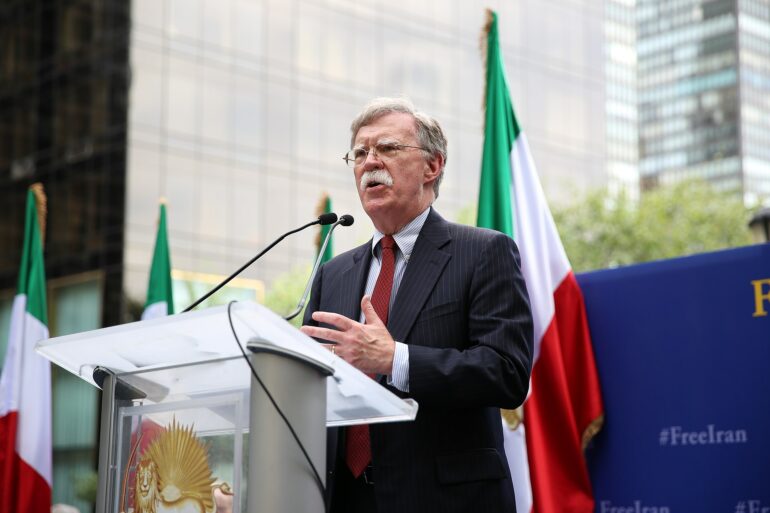 John Bolton Announces His Intention to Run for President in 2024

Former White House national security adviser John Bolton reportedly claimed on Friday that he may run for president in 2024 — adding that he can beat his old boss, former President Donald Trump, to the Republican nomination because of the “terminal decline” in the 45th president’s support.

Bolton said: ‘I would get in to win the nomination and I would do it primarily on the basis that we need a much stronger foreign policy.

Bolton has been a staple of Republican administrations for decades, serving as Ronald Reagan’s associate attorney general, as George H. W. Bush’s assistant secretary of state for international organization affairs, and in a variety of posts under George W. Bush.

From 2001 to 2005, he was the Under Secretary of State for Arms Control and International Security Affairs, after which he was named US Ambassador to the United Nations while still lobbying for the Iraq War as the director of the Project for the New American Century.

He was Trump’s national security advisor from April 2018 to September 2019, two years after he was passed over as a prospective secretary of state because the GOP president ‘didn’t like his moustache.’

Later, the two disagreed on Iran and Afghanistan foreign policy.

Bolton had expressed interest in running for president last month, telling NBC News that he wanted prospective 2024 Republican candidates to condemn Trump’s proposal to override the Constitution and hold an instant repeat of the 2020 presidential election.

So far, Trump is the only Republican candidate who has declared his candidacy for the 2024 race, but Florida Gov. Ron DeSantis is generally anticipated to run.

‘I think Trump’s support within the party itself is in terminal decline. I wouldn’t run as a vanity candidate. If I didn’t think I could run seriously then I wouldn’t get in the race.’ Bolton claimed during the interview.