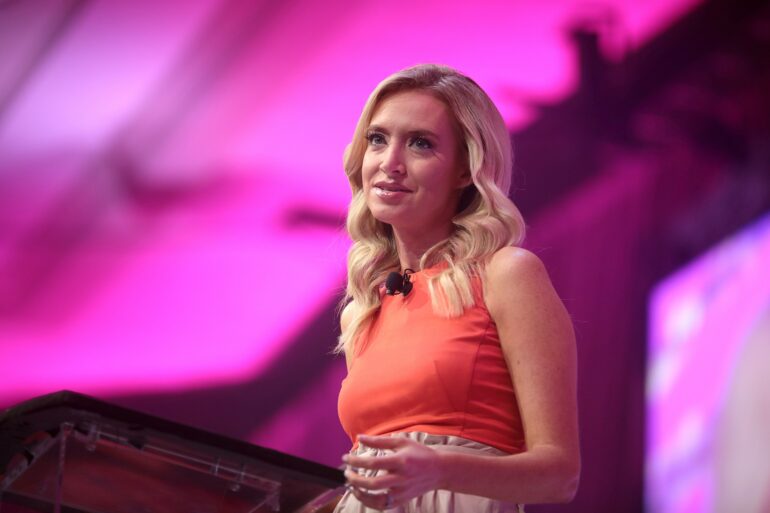 One of former President Donald Trump’s top White House staffers, Alyssa Farah Griffin, reportedly lambasted his ex-press secretary Kayleigh McEnany as “a liar and an opportunist” during an interview before the House Jan. 6 committee.

Former White House communications director Alyssa Farah Griffin, now a co-host on “The View,” chastised McEnany for assisting Trump, 76, in perpetuating false allegations that the 2020 presidential election was stolen, according to transcripts provided by the Jan. 6 panel on Thursday.

“I am a Christian woman, so I will say this. Kayleigh is a liar and an opportunist. She’s a smart woman. She’s a Harvard law grad. She knew we lost the election, but she made a calculation that she wanted to have a certain life post-Trump that required staying in his good graces.”  Griffin said.

McEnany, she added, was not a “true believer” that former President Trump would win the 2020 election.

Griffin claims McEnany lied to the public in order to remain in Trump’s good graces after his administration.

Griffin claimed she never challenged McEnany about the matter, but she thought the White House spokesperson regarded supporting Trump’s efforts to reverse the 2020 election results as her final public-facing position, which would set her up for life.

McEnany was hired as a Fox News contributor after Trump left office.

[READ MORE: Federal Agency Reveals It Has ‘No Records’ For Hundreds of Thousands of Illegals Released With Electronic Tracking Monitors]