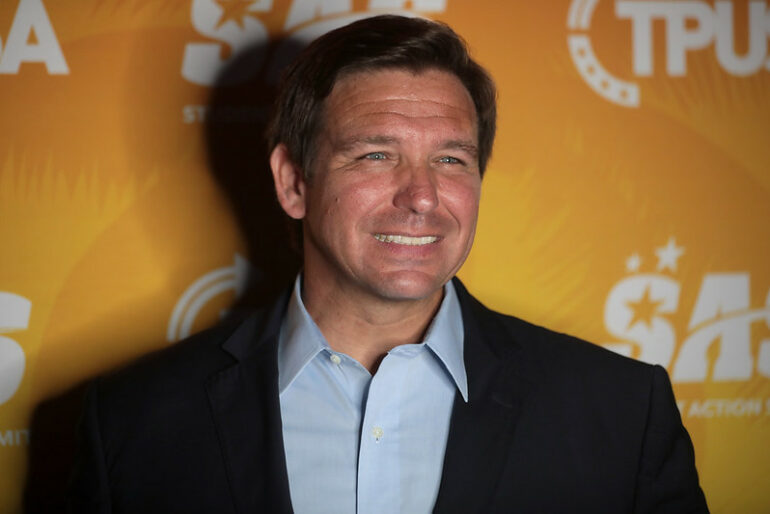 According to a new survey conducted by the Wall Street Journal, Republican primary voters are very interested in Florida Governor Ron DeSantis as a prospective 2024 presidential candidacy and are increasingly favoring him over former President Trump.

According to hypothetical GOP primary voters who are considering a campaign where the first nomination votes would be cast in less than a year, Mr. DeSantis defeats Mr. Trump by a margin of 52% to 38%.

According to the survey, Mr. DeSantis is well-known and well-liked among Republicans who say they are likely to participate in a party primary or nomination process, with 86% of them having a good opinion of the Florida governor, compared to 74% of those who have a favorable opinion of Mr. Trump.

Mr. DeSantis is seen positively by 43% of all registered voters.

Trump’s popularity ratings dropped to their lowest point in Journal polls going back to November 2021.

His favorability among GOP voters has decreased since March, from 85% to 74%, while his unfavorability has increased, from 13% to 23%.

Mr. Trump is the only Republican who has launched a 2024 presidential run, but others are likely to do so in the coming months.

Last month, Mr. DeSantis won a second term in office with a landslide victory—by 19 percentage points—reflecting significant increases in popularity in Florida since his first election.

Mike Pence had minimal support from Republicans, according to the survey. Just 48% of Republican voters think well of Vice President Pence, and Mr. Trump comfortably defeats him in a head-to-head contest, 63% to 28%.