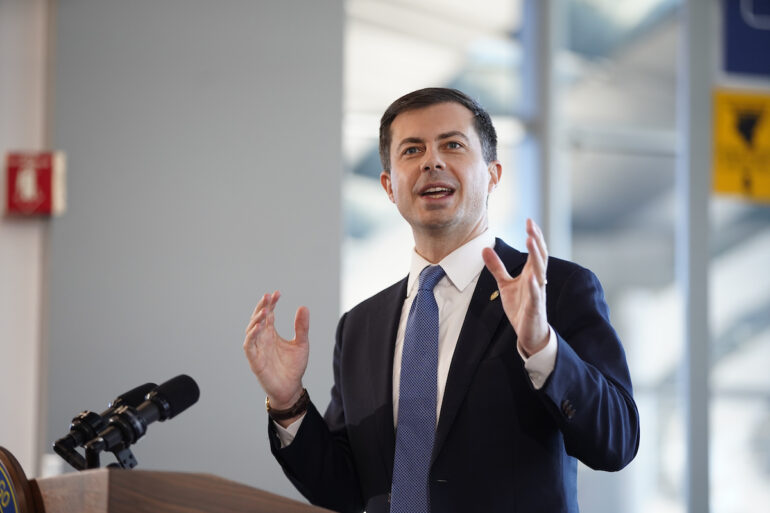 As the possibility of a rail strike threatened to disrupt the US economy and potentially even cause a major recession, Transportation Secretary Pete Buttigieg was reportedly vacationing in a popular tourist destination in Europe.

According to a new report Buttigieg departed the United States for Porto, Portugal, on August 29, just days before Amtrak began delaying routes in preparation of a strike.

Several unions wanted guaranteed paid sick leave as part of the deal, which was not included in the final contract that US senators ratified and forwarded to President Joe Biden to be signed into law without the consent of the unions themselves.

Buttigieg, as secretary of Transportation, was one of those appointed by Biden to allegedly head the crucial discussions.

While the exact nature of Buttigieg’s trip is unknown, it appears that he did not want anybody to know about his foreign adventure as he wanted to try and preserve the illusion on social media that he would still be in the United States at the time.

“Pete Buttigieg will take paid vacation in Europe for days on end but doesn’t think rail workers should get more than one day of sick leave. If rail workers showed up for work as rarely as Buttigieg does, the country would fall apart.” he said.

According to a study published earlier this month, Buttigieg, an outspoken supporter of cutting carbon emissions, has used taxpayer-funded private airplanes rather than commercial airlines at least 18 times since taking office.