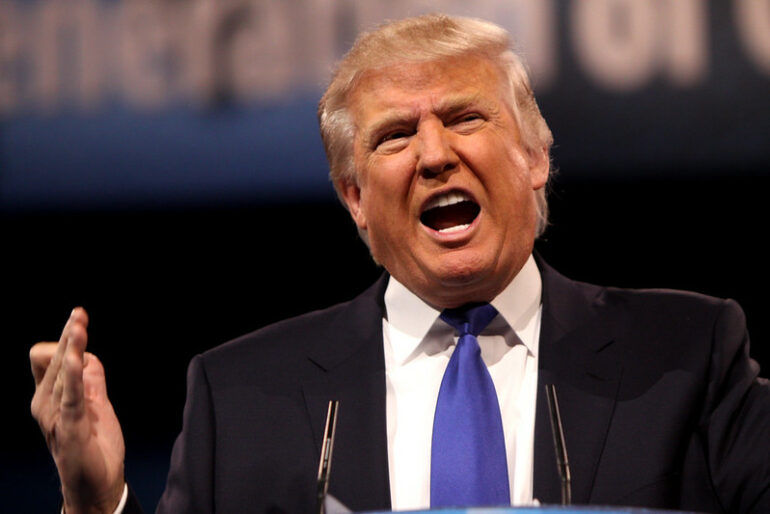 According to a new survey released on Tuesday, Florida Gov. Ron DeSantis (R) leads former President Trump by a stunning 23 points among Republicans in a hypothetical GOP presidential primary between the two.

According to a USA Today-Suffolk University survey, a stunning 56 percent of Republican and Republican-leaning voters favor DeSantis, while only 33 percent back Trump.

In addition, more over 60% want a nominee who will carry on Trump’s policies but is not actually Trump, while only 31% still want the former president to run.

Trump became the first prominent candidate to enter the campaign for the presidency in 2024 last month with his announcement at Mar-A-Lago, but significant evidence now seems to be suggesting that his hold on the Republican Party is quickly eroding.

Members of his own party have now even begun to blame him for the GOP’s poor performance in the midterm elections.

Many of the candidates he sponsored in crucial races were defeated in the general election after winning primaries against opponents who were considered as more electable but less loyal to Trump.

To add even more salt to the wound, Trump’s approval rating among Republicans fell from 75% in October to 64% in December, according to the survey.

During that period, his unfavorable rating increased from 18 to 23 percent.

Pollsters showed President Biden to be 47 percent to 40 percent ahead of Trump in a hypothetical head-to-head matchup.

In the poll, DeSantis led Biden by around 4 points, 47 percent to 43 percent.

[READ MORE: Lauren Boebert Wins Re-Election After Down to the Wire Race in Colorado District]