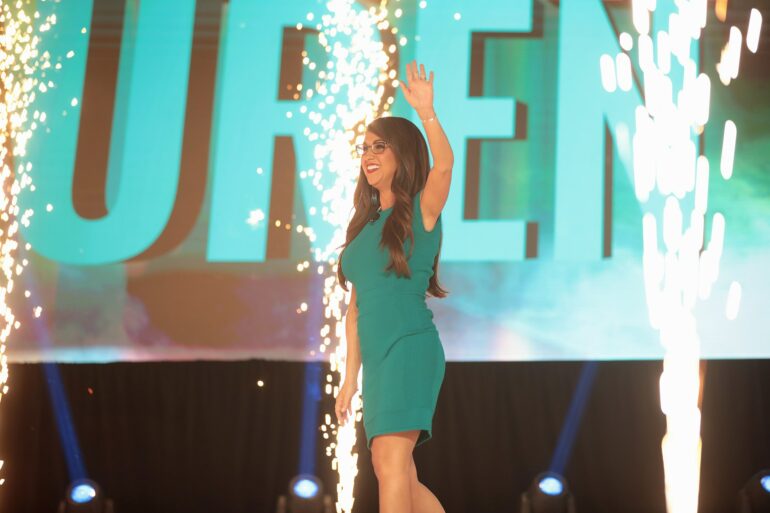 Rep. Lauren Boebert (R-CO) has reportedly now officially been re-elected in a shockingly close contest that was settled by about 550 votes, according to the results of a certified recount on Monday.

In Colorado’s Congressional District 3, the incumbent won 50.06% of the vote, while her Democratic opponent, Adam Frisch, received 49.89%.

Frisch, a self-described centrist, waged a campaign criticizing Boebert for “tweeting rubbish and falsehoods” rather than trying to promote legislation.

He ran against what he called her “angertainment,” and declared that he would not support U.S. House Speaker Nancy Pelosi as party leader as well as describing himself as a nonpartisan problem solver.

The original results were within Colorado’s margin for a mandated recount.

However, Frisch, a former member of the Aspen City Council, accepted defeat last month, and Boebert declared victory even before the recount was finished.

On Monday, Colorado Secretary of State Jena Griswold announced the certification of the 2022 general election results, as well as the completion of a recount in Colorado House District 43.

Republicans performed worse than predicted in this year’s midterm elections.

Boebert, an outspoken candidate endorsed by former President Donald Trump, won her first run in 2020 by a much wider margin, defeating her Democrat opponent by six points in a year when Colorado elected Joe Biden.

Thus the stunningly close race, which came in the midst of Republican disappointment in race after race caused many political observers to question whether the massive underperformance was due to voters who have grown tried of former President Trump and those most closely associated with him politically.