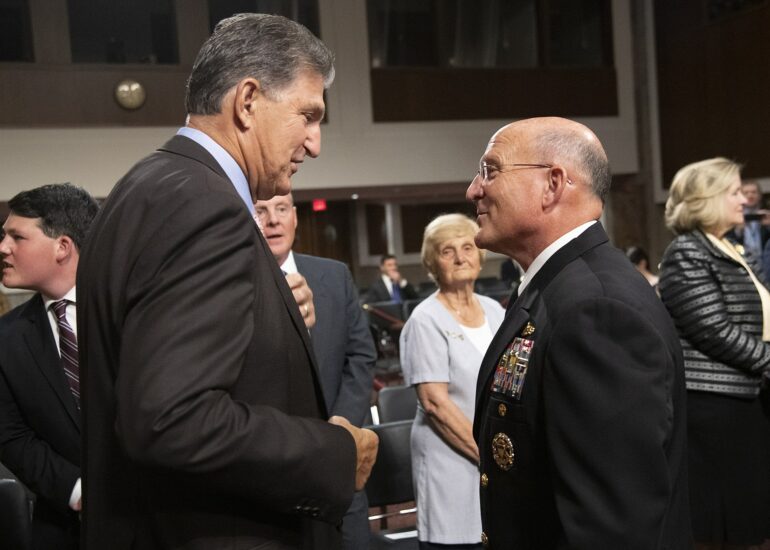 Senator Joe Manchin’s plan to encourage oil and gas drilling has now reportedly been removed from the must-pass national defense bill after conservative Senate Republicans and progressive House Democrats objected to it for a number of different reasons.

Manchin, a moderate Democrat from West Virginia who leads the Senate Energy Committee, claimed the decision would have major positive long-term implications for American energy independence if it passed.

Democratic leaders hoped to add the legislation, which overhauls permission requirements for oil and gas drilling, as a reward for Manchin’s backing of President Joe Biden’s Inflation Reduction Act in the National Defense Authorization Act.

The idea, however, were scrapped due to bipartisan opposition in both the House and Senate.

Several progressive Democrats in the House vowed to vote against the NDAA if it contained Manchin’s permitting legislation.

Given the Democrats’ thin House majority, progressive opposition was likely to prove expensive.

In the 100-member Senate, the scenario was identical, only Republicans were against.

Ultimately though, perhaps it was the proposal’s perception as being a political gift to Manchin from the White House that ultimately made it untenable in Congress.

The GOP resistance was critical in a 50-50 Senate, where at least 10 Republicans will be needed to overcome the filibuster barrier of 60 votes.