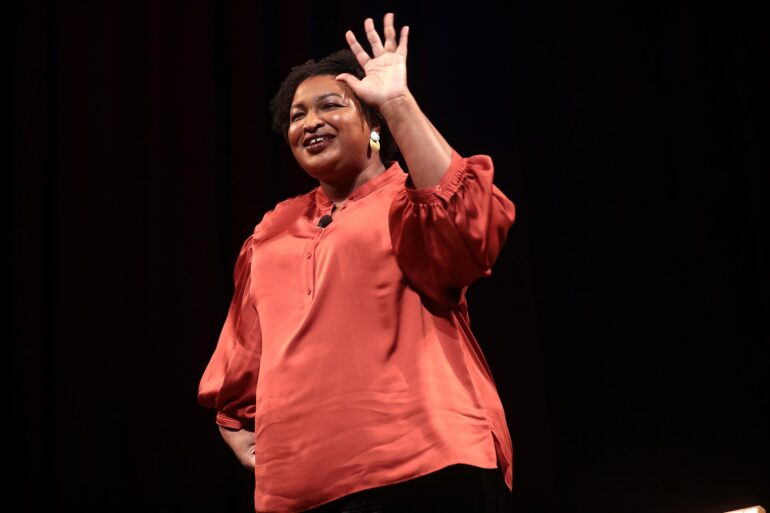 According to a new report from the Washington Free Beacon, a major nonprofit associated with former failed Democrat gubernatorial candidate Stacey Abrams was looking to close a series of expensive real estate deals right before it fired a group of employees.

The New Georgia Project set out to pay $2.45 million in cash for a huge Atlanta estate in August, it had $11 million in its investment account.

In less than two months, the group fired half of its senior team, alleging a shortage of cash.

The Beacon uncovered a series of internal papers and correspondences that illustrate the strange circumstances surrounding the real estate sale, which multiple individuals close to the subject claim are symptomatic of a leadership problem inside the Stacey Abrams-founded organization.

Erin Ferguson, a junior New Georgia Project worker, reportedly pushed senior leadership in late August to sign a letter of intent to acquire the two neighboring properties and pay a $30,000 non-refundable deposit as soon as possible.

A former New Georgia Project senior official, on the other hand, argued that the hurry to buy the properties was unusual, noting that the buildings required at least $288,000 in modifications to be compliance with the Americans with Disabilities Act.

According to the former top executive, the organization was already committed to a $15,000-per-month lease at its existing location until 2025.

The real estate transaction is the most recent shady financial problem concerning the New Georgia Project. The organization, which was created to register non-white voters and was originally led by Sen. Raphael Warnock (D-GA), missed the deadline for filing mandatory financial statements with the IRS.

Abrams was defeated by over 8 points in her second gubernatorial effort.

For his part, Warnock is currently in a runoff race with Republican candidate Herschel Walker after failing to receive 50% of the vote on Election Day.

During a video conference on Oct. 7, the New Georgia Project’s director of human resources sacked its chief operations officer, as well as its heads of design and digital marketing. The company could no longer pay their wages, according to the explanation.