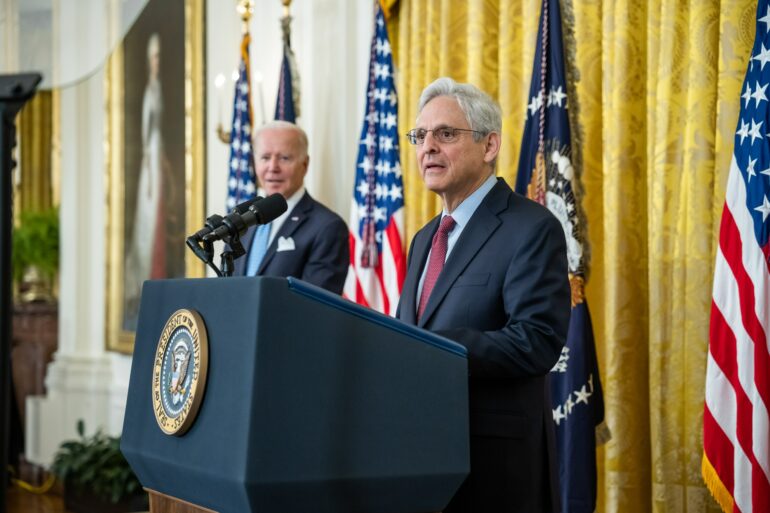 It has now been revealed that the wife of Jack Smith, the special counsel designated by Attorney General Merrick Garland to investigate former President Donald Trump, has worked on a series of documentaries with far-left and progressives themes, including one on Michelle Obama.

Katy Chevigny, 42, is a filmmaker who married Smith in 2011 and created “Becoming,” a Netflix documentary based on Michelle Obama’s 2020 memoir which gave the former first lady fawning praise.

Chevigny led the documentary’s creation and collaborated closely with the Obamas and their notorious media firm, Higher Ground Productions, as one of the project’s four senior producers, meaning she was working directly with and for the Obamas.

Chevigny also was a producer on “Trapped,” a documentary that criticized pro-life laws enacted in numerous Southern states between 2011 and 2013 that attempted to protect the lives of the unborn.

“The First Step,” a 2021 documentary on former Obama advisor and progressive CNN pundit Van Jones’ efforts to fight for the First Step Act, a criminal justice reform legislation approved by Trump in 2018, is among Chevigny’s previous works.

As the newly appointed special counsel investigating former President Trump, Chevigny’s husband Smith will now supervise investigations into Trump’s behavior during the Jan. 6, 2021, takeover of the US Capitol, as well as his possession of secret files at Mar-a-Lago after leaving office.

Smith himself has also been involved in various efforts to prosecute conservatives. In 2011, he was implicated in an IRS controversy when it targeted conservative groups seeking nonprofit status before of the 2012 presidential election, and he spearheaded the prosecution of former Republican Gov. Bob McDonnell of Virginia.