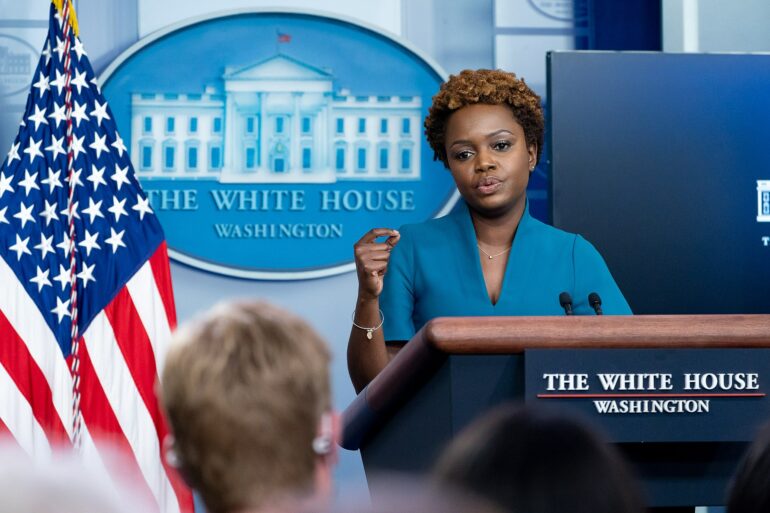 Dr. Anthony Fauci was giving a news conference when he took a step back from the stage.

Glebova claimed she had questioned Fauci multiple times what he had done to research the virus’s origins, forcing Jean-Pierre to move back to the stage and snap at her.

April Ryan, a Grio reporter, also informed her she was “disrespectful.”

Glebova attempted to react, but Jean-Pierre quickly hushed her, stating that she would not engage in a “back and forth with you.”

“You need to call on people across the room, she has a valid question, she’s asking about the origins of COVID,” Ateba exclaimed. A statement which caused Jean-Pierre to return to the podium and claim that she had heard the question but was simply refusing to answer it.