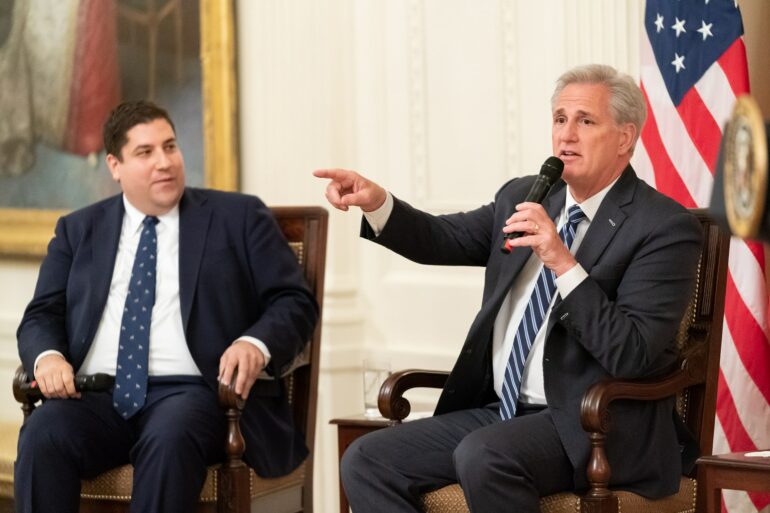 REPORT: McCarthy Claims He Will Impeach Biden Homeland Security Secretary Unless He Resigns

McCarthy, a candidate for House Speaker, said Republicans will seek Mayorkas’ impeachment if he refuses to resign.

McCarthy was heading a group to the southern border in El Paso, Texas, only days after Republicans claimed a majority in the House when he made the remarks.

“He cannot and must not remain in that position. If Secretary Mayorkas does not resign, House Republicans will investigate every order, every action and every failure to determine whether we can begin an impeachment inquiry.” McCarthy said.

Mayorkas, on the other hand, maintains that the southern border is “safe.” He most recently stated this during a House Homeland Security Committee hearing on November 15.

Republican legislators have been calling for Mayorkas to quit for months as the crisis along the U.S. southern border has continued to worsen.

Republicans have blamed the government of exacerbating the problem by reversing Trump-era border initiatives like as the Remain in Mexico policy and tightening internal enforcement.

For it’s part the Biden White House denounced McCarthy’s visit to the border.

“McCarthy has no plan. The Republican Party has no plan. They do nothing except political stunts,” Biden Press Secretary Karine Jean-Pierre said on Tuesday, in response to McCarthy’s actions and rhetoric.