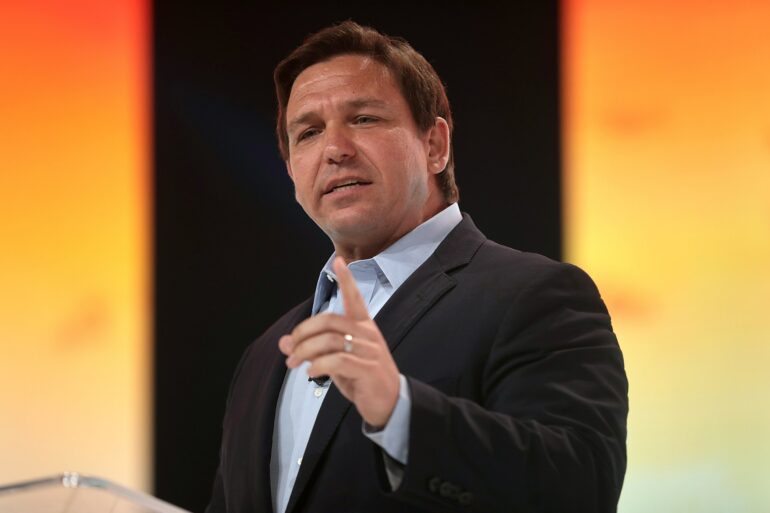 Florida Governor Ron DeSantis has now finally responded to the criticism leveled at him by former President Trump.

Trump had previously slammed DeSantis, referring to him as ‘Ron DeSanctimonious,’ and also boasted how he received more absolute votes in Florida than DeSantis did.

DeSantis fired back after explaining that as a popular Florida governor he is used to receiving significant criticism from all sides, but he then shot back that the ultimate answer to any and all criticism was the midterm election results which saw DeSantis win his race by historic margins.

“I would just tell people to go check out the scoreboard from last Tuesday night.” DeSantis said.

Throughout his statement he never mentioned former President Trump by name.