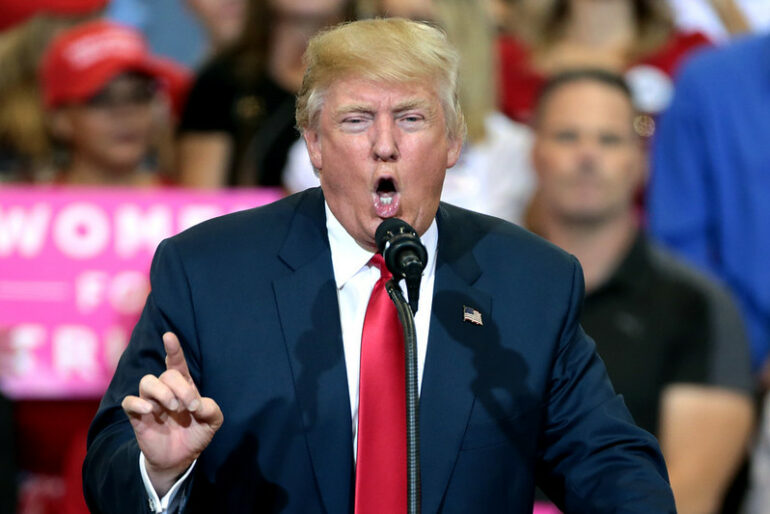 The anti-tax organization, which was once a staunch Trump supporter but has since broken with him, released a polling memo on Monday that showed the former president trailing DeSantis by double digits in one-on-one matchups in Iowa and New Hampshire.

DeSantis also leads Trump by large proportions in Florida, his common home state, and Georgia, which has a runoff election for one of its Senate seats on December 6.

The Club’s decision to oppose Trump is part of a growing wave of discontent inside the Republican Party.

While the former president has a significant following, a number of party officials and office holders have now begun to blame him for Republicans’ shockingly bad performance in the mid term elections, suggesting that it’s time to move on.

According to the polling report, which is based on survey data collected between November 11 and 13, DeSantis leads Trump in Iowa by 11 percentage points and by 15 points in New Hampshire.

DeSantis’ numbers have improved since August, when earlier Club for Growth polls showed Trump with a 15-point advantage in Iowa and a tie in New Hampshire.

In addition, the document shows DeSantis leading Trump by 26 points in Florida and 20 points in Georgia.

In August, DeSantis led Trump by 7% in Florida and 6% in Georgia. WPA Intelligence, a Republican outfit, performed the surveys, which polled potential GOP voters.

While The Club for Growth’s polling brief contains data on a prospective Trump-DeSantis face-off, it lacks information on a large field of other prospective contenders, including Virginia Gov. Glenn Youngkin, former Vice President Mike Pence, and Scott.

However, another post-midterm survey, conducted by YouGov, showed DeSantis leading Trump 41 percent to 39 percent, even in a more crowded field.