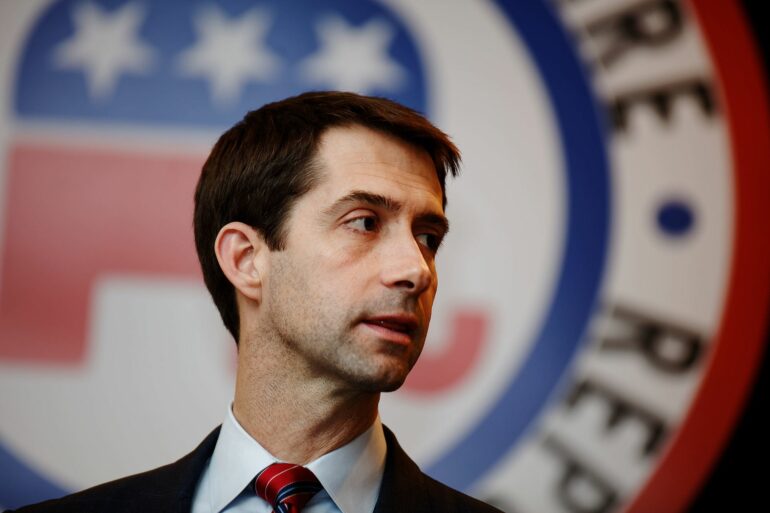 During an interview over the weekend, Sen. Tom Cotton (R-AR) refuted the concept that the Republican Party had a single leader in former President Donald Trump, adding that the party has a few high-power governors who are stars.

Cotton made the statements on CBS News’ “Face the Nation” with Margaret Brennan on Sunday, when asked if Trump should continue on as the head of the Republican Party.

“When the party — when any party is out of power, as Republicans are now, we don’t have a single leader. The former president is obviously very popular with many of our voters. But we also have important other leaders as well, like some of those victors I just mentioned earlier, like Brian Kemp in Georgia, Ron DeSantis in Florida.” Cotton said.

“Last year, you had Glenn Youngkin have a great victory in a bluish Democratic state like Virginia. I hope to remain a leader in the United States Senate as well, in addition to people like some of those I just mentioned who were re-elected, like Tim Scott. So, when you’re in opposition, you don’t have a single leader. That won’t be the case until we’re through the ’24 nominating season, and we have — we have a new nominee.” He continued.

Cotton’s remarks come in the wake of a disastrous midterms for Republicans.

Disastrous results which caused many in the conservative world to voice bruising criticisms of former President Trump, in the process claiming that much of the GOP’s underperformance on election night was due to his poor decision making and unpopularity.