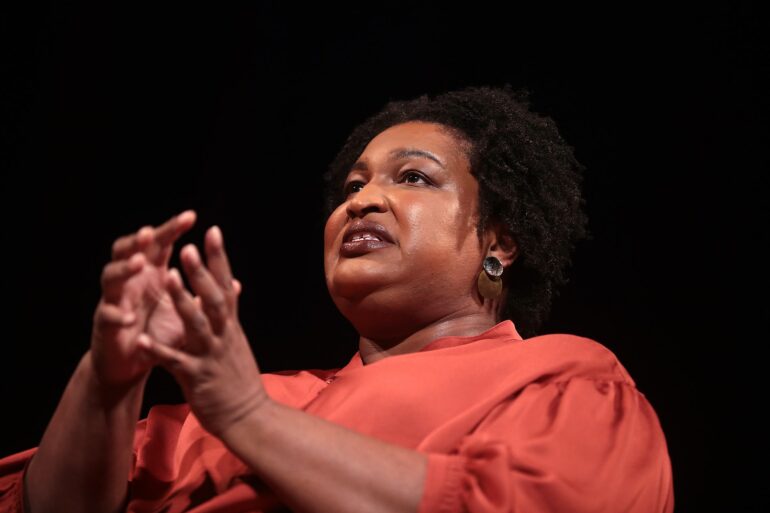 Following her defeat to Republican Gov. Brian Kemp in Georgia a number of Democrats in the state have begun to chastise former Democratic gubernatorial candidate Stacey Abrams, claiming her national political ambitions ruined her state-level campaign.

During her failed 2018 gubernatorial campaign, Abrams rose to national prominence, even sparking talk of a presidential candidacy in the process.

This led to a massive infusion of cash from out-of-state contributors for her 2022 campaign for Georgia Governor.

According to her critics, Abrams’ fruitless pursuit of national office and constant media appearances alienated many Georgia voters and harmed her chances of ever becoming governor.

Abrams lost her 2022 contest by around nine points, a far wider gap than in 2018, signaling a significant decline in her appeal throughout the state.

“Stacey must own some of this. If you’re running a statewide race, if you venture off and you nationalize it, then that’s problematic.” Democrat State Rep. Derrick Jackson said.

One Democratic strategist claimed Abrams wasn’t doing enough to cultivate ties with black community leaders in Georgia, and that her adherence to key COVID-19 procedures was also helping to hold her back.

Abrams rose to prominence in the Democratic Party in 2018 after delivering the party’s answer to former President Donald Trump’s 2019 State of the Union speech, and she was lavished with media attention.

According to reports Abrams raised at least $131 million, but burned through it rapidly throughout her failed campaign.

Abrams’ political future is unclear, having lost two high-profile and costly races in a row, it remains to be seen whether or not Democrats will be willing to allow her to have a third.