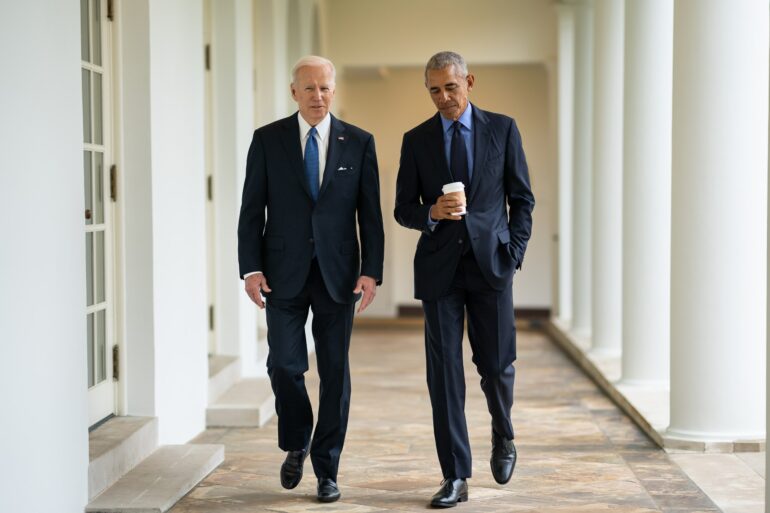 Former President Barack Obama used a rally here Wednesday night to issue probably his most pointed warning yet about the importance of next week’s midterm elections for America’s self-government system.

“Democracy as we know it may not survive in Arizona. That’s not an exaggeration, that’s a fact.” Obama claimed.

“When Donald Trump won, I stayed up till 3 in the morning so I could offer a congratulatory call to somebody who opposed everything I stood for, but I believed in the peaceful transfer of power. I sat at his inauguration. We welcomed him into the White House. Because that’s what America’s supposed to be about. Did we forget that? Did that only apply to one side?” Obama added later on.

According to a Washington Post study of candidates’ remarks and actions, the majority of the Republican candidates on the ballot this autumn for federal or state seats have raised questions about exactly what happened during the 2020 election.

All but one of the 13 Republican nominees in Arizona have also done so.

Obama appeared to be almost furious over what he claimed were the GOP’s unilateral rejection of democratic standards.

His remarks matched those made earlier in the day by Biden, who was previously his deputy in the White House. The president, speaking 2,000 miles away at Washington’s Union Station, said candidates who refuse to recognize the results of Tuesday’s elections put the country on a “path to chaos.”

Neither Obama or Biden mentioned their own party’s history of denying elections, which notably included failed Georgia gubernatorial nominee Stacey Abrams’ false claims about the 2018 election in Georgia.