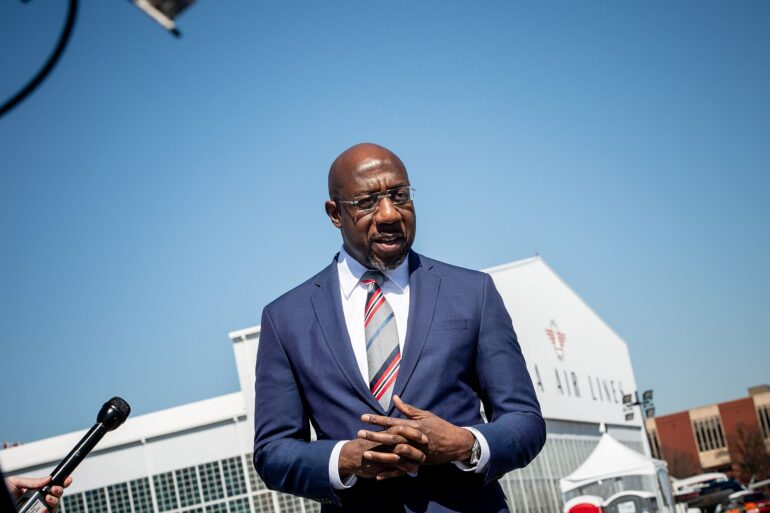 According to a report based on his Federal Election Commission (FEC) filings, Senator Raphael Warnock (D-GA) appears to have funneled over $60,000 in campaign funds into childcare.

According to the filings, Warnock’s campaign spent a total of $61,959.40 on “childcare” items, with several payments going directly to specific childcare providers and a number of payments going to an organization called “Bright Start Nanny Service.”

Bright Start is a full-service child care employment agency that is listed online.

While the FEC allows campaign funds to be used to pay for childcare, this usually refers to single payments for specific events — and Warnock appears to be using those funds to pay the majority of his childcare expenses.

Warnock’s campaign doled out a number of reimbursements to the candidate, including one in the amount of $11,000 which was listed as a ‘childcare reimbursement’ while the others were labeled as just ‘childcare.’

Warnock was previously chastised after it was revealed that his church owned a building in a low-income housing area and had moved to evict a number of tenants during the pandemic for back rent as low as $28.55.