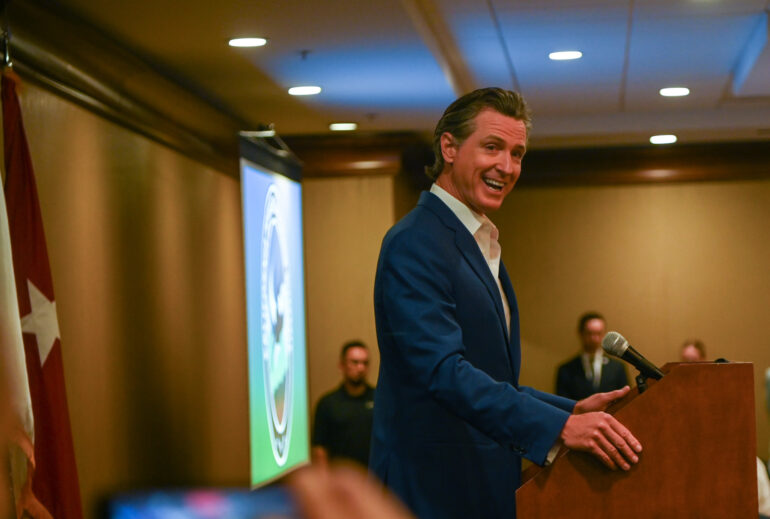 Newsom claimed that Watters, among others, had somehow “dehumanized” Speaker Pelosi, and that this had contributed to a climate in which political violence seemed reasonable to an increasingly number of disturbed individuals.

“I’ve seen the dehumanization of Nancy Pelosi. I don’t think anyone’s been dehumanized like she has consistently. I watched this one guy, Jesse Watters or something on Fox News, and what he’s been saying about Paul Pelosi the last five, six months, mocking him consistently. Don’t tell me that’s not aiding and abetting all of this. Of course it is,” Newsom claimed.

“They’re sowing the seeds, they’re creating a culture and climate like this,” he added.

Watters shot back however, claiming that the only person truly to blame for the attack was Newsom himself and his soft-on crime policies.

“California Gov. Gavin Newsom is running for president. So, when a mentally ill homeless drug addict who has committed crime after crime in his state, and was never deported, attacks Paul Pelosi with a hammer, Gavin Newsom has to blame anybody but himself,” Watters shot back.

Other high profile Democrats were also quick to try and pin the attack on their Republican rivals.

President Joe Biden tried to argued that far-right rhetoric was driving more people to political violence while not mentioning similar rhetoric coming from the far-left.

In addition MSNBC anchor Andrea Mitchell claimed that the man who allegedly attacked Pelosi was motivated by the same rhetoric that sparked the Capitol Hill riot on January 6th, in spite of there being no direct links between the two events.

[READ MORE: Some in GOP Believe Trump May be Indicted After Election]