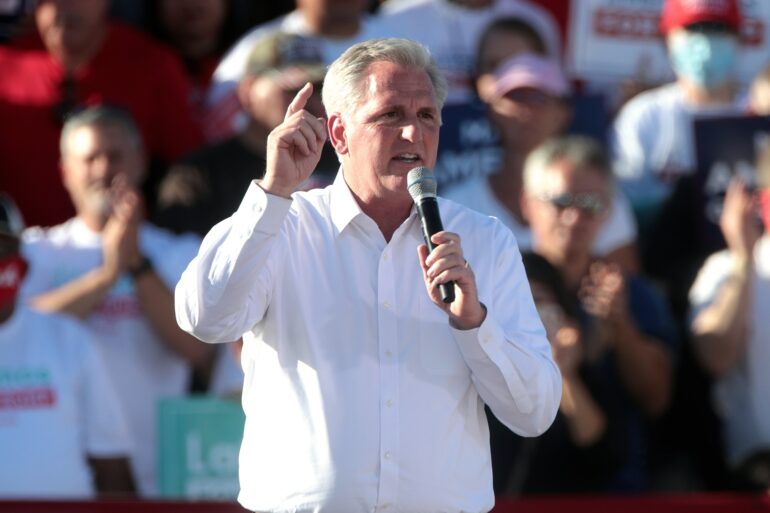 According to a new poll from CBS news, an organization not known for pro-GOP bias, there is a good chance that Republicans will easily take control of the House of Representatives after the midterm elections.

According to the survey conducted by CBS, eight out of ten potential voters say the country is out of control, rather than under control.

That does not bode well for Democrats.

Republicans currently outnumber those who say “out of control” by more than 20 percent.

Republicans are still in a solid position to capture a majority of House seats.

While current voter intentions show that anything from a substantial GOP majority to a minimum Democratic majority is feasible, in reality it appears that more likely than not the GOP will win control of the House of Representatives come election day.

Republicans lead in 228 seats in poll’s baseline model. An indicator which, if mirrored in election results, would represent a 15-seat gain for Republicans in the House.

The polling team at CBS then went on to state that a different model where Democrats somehow managed to maintain control of the House would be quite unlikely and run counter to everything they had observed in the past several weeks.

In addition the team went on to state that an even more optimistic outcome for Republicans could take place if there was a surge among White voters without a college degree, a key pro-Trump demographic. They estimated that if such a surge takes place republicans could end up controlling around 238 seats in the House, giving them a significant advantage over Democrats.

In recent weeks cross-partisan polls conducted across the country have shown a significant bump in support for GOP candidates and increased dissatisfaction with the direction the country is headed under the leadership of President Biden.