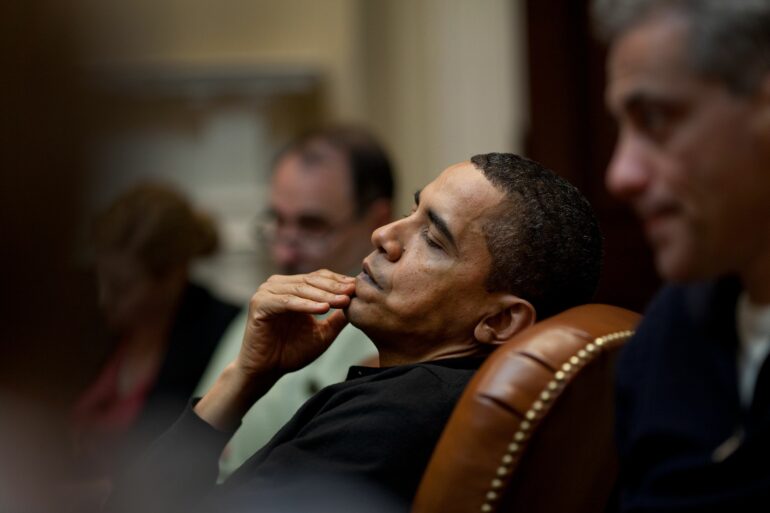 Obama Slams Democrats for Cancel Culture, Warns it Could Have Negative Effect on Midterms

Obama spoke with the presenters of the left-leaning “Pod Save America” podcast on Saturday, discussing everything from the continuing crisis in Ukraine to the Supreme Court to the ailing American economy— but on the issue of the midterm elections, he had some very specific advice about cancel culture for Democrats and President Biden.

Dan Pfeiffer, a senior counselor in Obama’s White House, began the podcast with a question on the midterm elections.

“All right, we’re going to start with the midterms,” the presented said.

“So these midterms, like 2010, are happening in let’s say a sub-optimal economic environment. But sort of unlike 2010, Democrats have a handful of pretty powerful arguments that seem to be moving voters about who Republicans are,” he continued.

Pfeiffer then went on to claim that he believed Democrats could pull off a victory in the midterms in spite of the bad economic environment by trying to paint Republicans as extremists on issues such as abortion.

Obama then countered by claiming that he believed the main message Democrats should be pushing should be one that emphasizes “preserving Democracy.”

He then also went on to blast Democrat’s obsession with cancel culture, a preoccupation he seemed to hint might be costing them politically.

“My family, my kids, work that gives me satisfaction, having fun. Hell, not being a buzzkill. And sometimes Democrats are…Sometimes people just want to not feel as if they are walking on eggshells, and they want some acknowledgment that life is messy and that all of us, at any given moment, can say things the wrong way, make mistakes.” Obama said.

“I think where we get into trouble sometimes is where we try to suggest that some groups are more – because they historically have been victimized more – that somehow they have a status that’s different than other people and we’re going around scolding folks if they don’t use exactly the right phrase,” he continued. “Or that identity politics becomes the principle lens through which we view our various political challenges.”