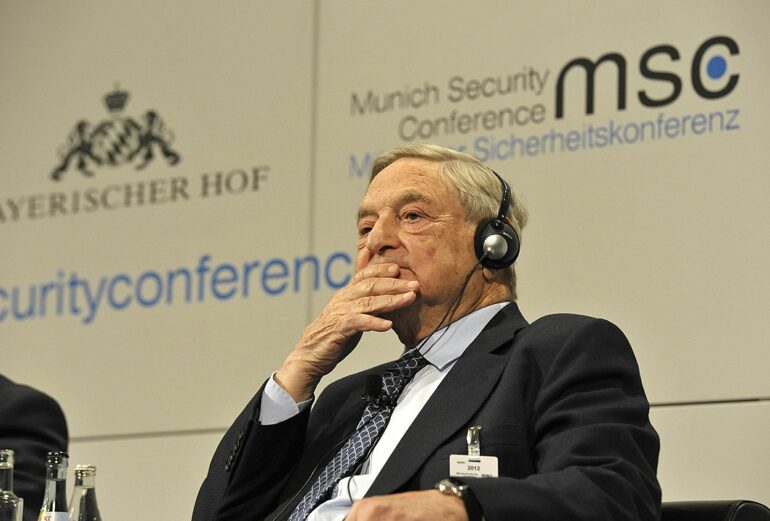 Liberal billionaire George Soros made another large contribution to one of the Democrat’s candidates.

Georgia candidate for Governor Stacy Abrams just received another $1 million into her leadership committee from Soros’ Democracy PAC II, according to Fox News.

This is in addition to $2.5 million Soros already handed over to Abram’s leadership committee One Georgia Inc.

Abrams certainly can use the cash as recent polling from the Trafalgar Group shows her trailing incumbent Governor Brian Kemp by 9 points.

Abrams has been a recurring recipient of Soros’ family cash.

In addition to Soros’ millions, his daughter Andrea Soros Colombel poured $100,000 into One Georgia in August, the filings show. Soros’ daughter-in-law, Jennifer Allan Soros, also donated $500 to One Georgia in September. Soros and his relatives have added $60,000 directly to Abrams’ campaign this cycle.

Abrams has a history with Soros-related entities dating back at least six years. In 2016, a company owned by Abrams, Sage Works LLC, received $15,000 in consulting payments from the Georgia Safety & Justice PAC, which was funded entirely by $147,000 from Soros, Fox News Digital previously reported.

Two years after the payment, Abrams attended a 2018 Atlanta gathering of the Democracy Alliance donor club, a network of wealthy progressives Soros co-founded that helps set the Democratic agenda. While there, Abrams headlined a closed-door speech, the Washington Free Beacon reported.

With less than a month until Election Day, it remains to be seen if Soros’ latest infusion of cash into Abrams’ campaign can close a 9 point gap against a seemingly popular incumbent Governor.

[READ NEXT: All the Best and Worst Places in America to be if Nuclear War Breaks Out With Russia]