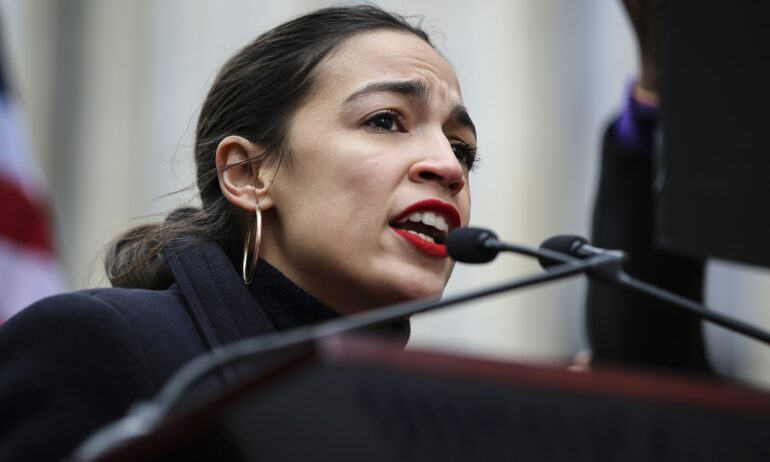 AOC Has Intense Confrontation With Tulsi Gabbard Supporters During Townhall

Democrat Rep. Alexandria Ocasio-Cortez had a heated confrontation with a group of anti-war demonstrators during a townhall style meeting in which she was intensely heckled for what the protestors alleged was her “warmongering” in support of the war in Ukraine.

Support which, according to the hecklers, could actually even result in nuclear war with Russia and China.

The protestors also compared AOC’s stance on the war in Ukraine unfavorably with former congresswoman Tulsi Gabbard, a longtime opponent of foreign interventions who recently switched her party affiliation in protest against what she said was Democratic “warmongering.”

“You ran as an outsider, yet you’ve been voting to start this war in Ukraine. You’re voting to start a third nuclear war with Russia and China. Why are you playing with the lives of American citizens?” One of the protestors yelled.

“Tulsi Gabbard has shown guts where you’ve shown cowardice. I believed in you, and you became the very thing you sought to fight against.” Another protestor shouted.

Ocasio-Cortez has filed legislation that seeks to grant debt relief to Ukrainians and to organize debt payments for the country in support of its ongoing war with Russia.