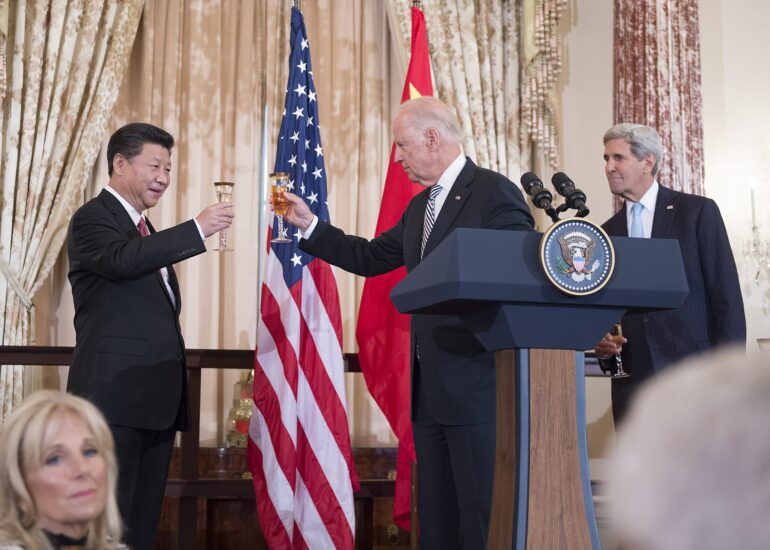 According to a new report from the Washington Free Beacon it appears that the Biden Administration’s latest hire at the State Department, Nina Hachigian, has deep ties to the Chinese Communist party.

And as the report notes, her involvement with the Chinese government and its various foreign influence groups goes back years and is extensive.

Hachigian met with the head of the Chinese People’s Association for Friendship with Foreign Countries, a key CCP influence group, as deputy mayor of Los Angeles, to discuss “exchanges and collaboration” between the United States and China.

Hachigian was also a part of a group from Center for American Progress that met with representatives from the CCP-backed China-US Exchange Foundation which went on to suggest “military personnel exchanges” between the American military and the People’s Liberation Army in order to boost the US-China relationship.

An initiative that she somehow believed would strengthen U.S. national security.

She also worked with an official from the China Institutes of Contemporary International Relations, a Chinese government think tank headed by China’s major intelligence agency, at the Center for American Progress.

Hachigian, while she has occasionally criticized China over its stance towards Taiwan and its consistent human rights abuses, also wrote an opinion piece in 2007 praising the rise and China even if it meant many Americans would lose their jobs.

In the past she has also referred to Beijing as a ‘security partner’ and opposed a boycott of the 2008 Beijing Olympic Games.

Hachigian was part of a group from the Center for American Progress that met with the China-US Exchange Foundation in 2013 to seek diplomatic remedies to the US-China relationship.

During the trip Hachigian was joined by the Founder of the Center for American Progress, John Podesta.

Hachigian is the latest in a long line of State Department nominees who have expressed favorable views toward China or worked closely with CCP organizations.