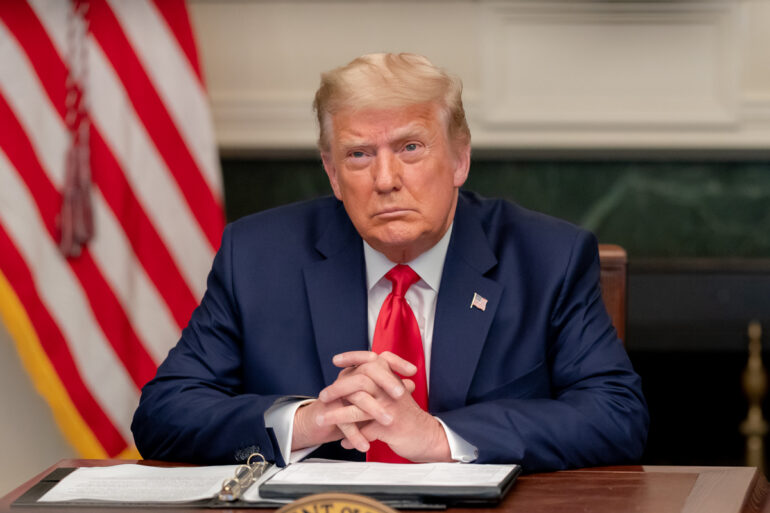 Alyssa Farah Griffin, the former Trump staffer who resigned from her position after the events of January 6th and has since joined ‘The View’ has now admitted to ‘working’ with the New York Times reporter Maggie Haberman during her time in the Trump White House.

Griffin, who just joined ABC’s “The View” as one of two Republican cohosts worked for the former president Trump in a variety of capacities but departed the White House following the January 6th Capitol Hill incident.

She and her cohosts invited Haberman to participate in Monday’s conversation.

“Maggie, I can speak from personal experience — we worked together when I was at the White House — and there was no reporter who got under Donald Trump’s skin the way you did, but he was also fixated on and almost seemed to want your approval,” Griffin admitted during Haberman’s recent appearance on ‘The View.’

“There were countless times you’ll remember that I would have to go grab you and say, ‘He wants to do an interview now,'” Griffin said.

“And in fact, a couple of times, if the terms weren’t right, you’d say no. Why do you think he’s so fixated on you — and it goes into the same question of afraid of you?” she continued.

Later, Haberman blamed the media — particularly in the decade preceding Trump’s entry into politics — for effectively helping him to develop a narrative empire around himself.

Griffin’s admission may raise real questions about whether her collaboration with Haberman indicated that her political loyalties were compromised well before she actually left the Trump White House.