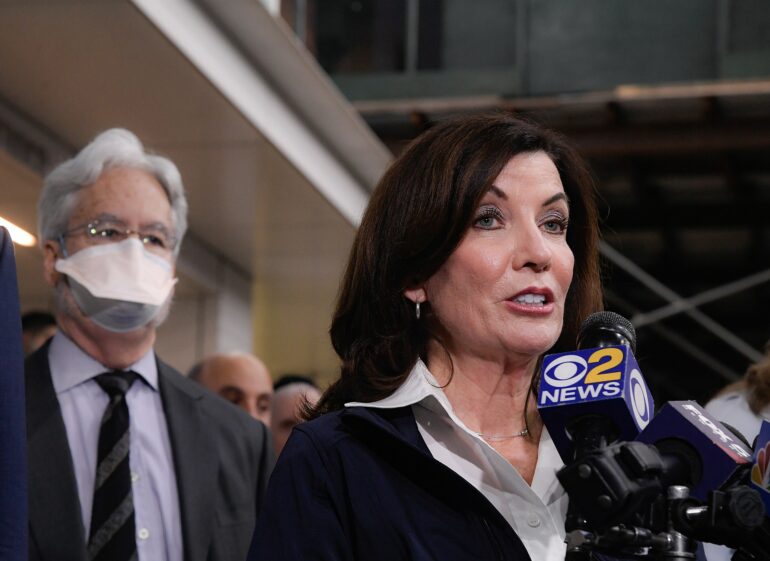 New York Gov. Kathy Hochul stated on Thursday during a press conference that she has directed state regulators to make the necessary modifications to ensure that all new passenger vehicles, pickup trucks, and SUVs sold in the state will have zero emissions by the year 2035.

Governor Kathy Hochul said at a news conference in the Chester Maple Municipal Garage in White Plains, New York, that she would urge the State Department of Environmental Conservation to prohibit the sale of new gas-powered automobiles by 2035.

All new passenger cars will now be required to have zero-emissions under new state laws that have yet to be formally issued.

New York is the latest state to implement the program, following California’s announcement in August that it will phase out new gas car sales by 2035.

Hochul also proposed a number of new financial incentives for citizens to purchase an electric car, as well as federal and state expenditures in the construction of fast charging stations and other infrastructure necessary to the popular adoption of electric vehicles.

The Department of Environmental Conservation made $5.75 million in funding available to assist local governments in purchasing electric vehicles for their municipal fleets and building local fast charging stations.

Retiring Democrat Representative, Stephanie Murphy Slams Democrats on Her Way Out the Door

Hochul highlighted California’s decision to prohibit the sale of gasoline-powered automobiles as the basis for her state’s decision.

The average cost of a electric car is well over $66,000 according to data compiled by Kelly Blue Book.