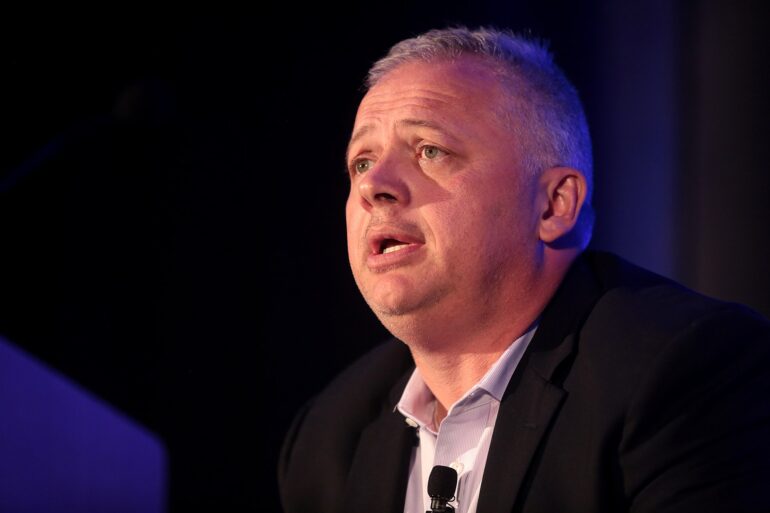 While discussing his work with the House Jan. 6 Committee and his latest book, The Breach, former Republican Congressman Denver Riggleman (R-VA) slammed into his own party on Thursday over the prevalence of election conspiracy theories.

Riggleman was speaking to MSNBC’s Nicolle Wallace, a former major Republican operative, following Ginni Thomas’s appearance before the Jan. 6 Committee and disclosures that Thomas informed the committee she still believes the 2020 presidential election was stolen.

“All of these actually align. So when you see people pushing the stop the steal nonsense, a lot of it based on conspiracy theories. You see this in this interleaving of conspiracy theories and strategy. And that’s what’s so fascinating about this, is that there was a strategy to overturn the election based on fantasy. It would be like saying we should overturn the election based on alien abductions” Riggleman began.

When Wallace asked Riggleman why he wrote his book, he responded:

“Fear. You know, really fear. You know, it’s been 14 months. And I think part of it was intensely personal, you know, what had happened to me. The fact is, the military, the government has trained me at a level to do this,” Riggleman claimed, in apparent reference to his time as an Air Force Officer.

Wallace then went on to try and thoroughly blame Republicans, a charge which Riggleman seemed to vigorously agree with:

“How dare they? Right. You know, and I think that’s what it is. It’s how dare somebody make things up to win regardless, right? Try to destroy our institutions because you believe in some troll farm nonsense coming from, you know, basement dwellers, you know, talking about stop the steal conspiracy theories. That’s all based on another basement dweller like Roger Stone, right from Twitter.”

In addition, on Sunday, Riggleman claimed that texts turned over to the Justice Department by former Trump chief of staff Mark Meadows will provide “irrefutable” proof that a plot existed to overturn the results of the 2020 election.

“The Meadows text messages show you an administration that was completely eaten up with a digital virus called QAnon and conspiracy theories: an apocalyptic, messianic buffoonery. You can look at the text messages as that roadmap” Riggleman said during the interview.

Riggleman served only one term in office representing Virginia’s 5th congressional district between 2019 and 2021.