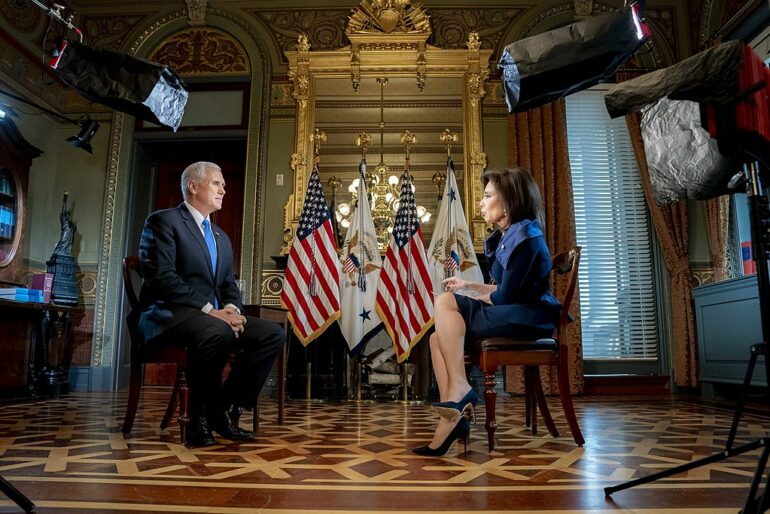 Reports indicate that guns were stolen from her house, but nothing else. No cash, no jewelry, no electronics. Just two registered firearms in a lockbox.

Bass is currently running to become mayor of the city of Los Angeles.

Watters opined, “The confusing story of the Democrat whose guns were stolen from her house is still as muddy as ever… Cops arresting two men for burglarizing Democrat congresswoman Karen Bass’ house. She’s also running for L.A. mayor. The perps stole two registered handguns that were in a lockbox stashed in a closet. No cash, jewelry, or electronics were grabbed at all.”

Pirro then chimed in explaining to the audience that 90% of residential burglaries remain unsolved, but two perpetrators were arrested relatively quickly in this case.

“I have more doubts than before… Here’s the thing, the burglary – it’s a residential burglary which in California, the most [time] that you can serve is six years, according to their penal statute. And it occurs on September 9th. They make an arrest on September 13. Now, that’s a pretty good closure rate.”

She continued, “Why is her place in disarray when there’s valuables, there’s cash, there’s all kinds of, what did she say, electronics available?… And they go to a lockbox. So I look up Brinks – the lockbox. It doesn’t have a mirror on it, it doesn’t say gun, it’s just a box, and she says it’s stashed in the closet. How do they know what’s in the box in the closet that’s stashed, and they forego everything else? There’s something screwy about this.”

As the hosts point out, there are more questions than answers in the case. The motive also remains elusive, for both the burglars or for Representative Bass.