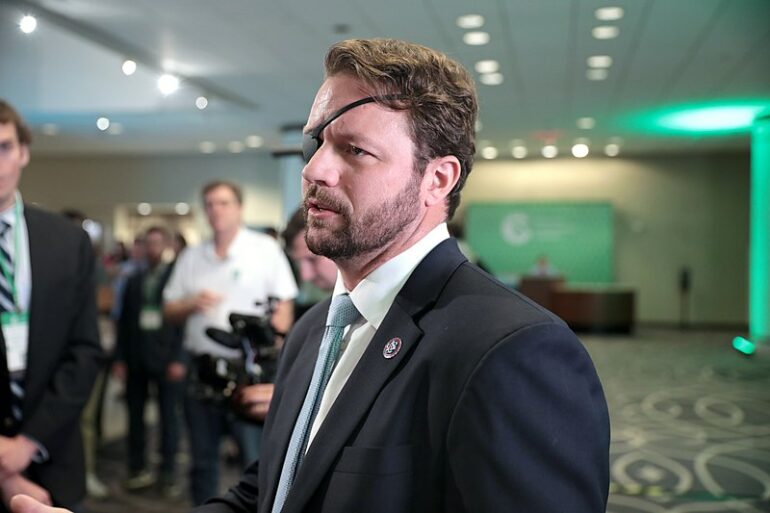 Crenshaw is specifically taking issue with Carlson’s criticism of Biden and his withdrawal from Afghanistan.

The comments from Crenshaw came during a recent interview on the Hold These Truths podcast with Dan Blumenthal, a Senior Fellow at the American Enterprise Institute.

Crenshaw, who is known to be a war hawk, took issue with isolationist theory that we shouldn’t get involved in the Taiwan-China conflict.

He then compared that to Afghanistan.

He specifically took issue with Carlson’s criticism of Biden:

Nothing made me angrier than watching Tucker Carlson have the nerve to even criticize Joe Biden because Joe Biden did exactly what Tucker Carlson wanted him to do exactly to the T. Pull out everybody right now, you know, no ifs, ands, or buts, no middle ground whatsoever. Not even Trump was, I think, thinking of doing that, you know, we would’ve at least left people in Bagram.

They’ve been wrong on every front and it’s getting dangerous. You start to lose people in this kind of situation and you, you can’t have this naive outlook of the world.

Crenshaw also pointed out that the isolationists were wrong about Russia, although the report did not elaborate as to why.

[READ NEXT: Trump Lashes Out at Fox News]