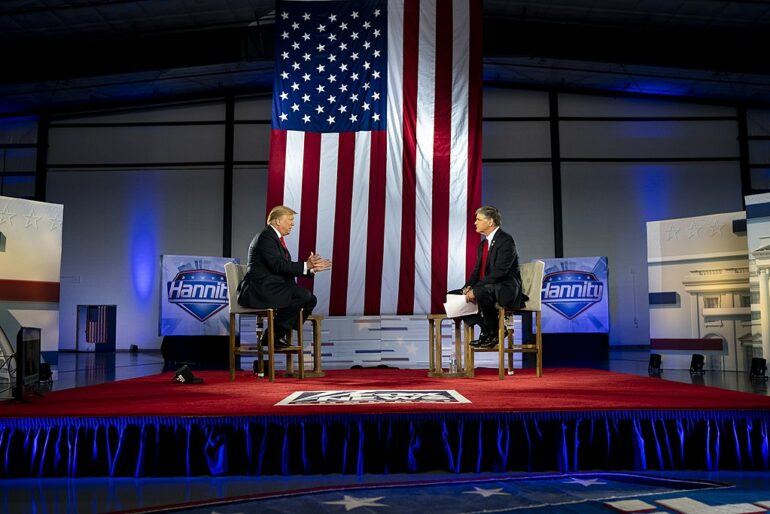 Trump Lashes Out at ‘Fox & Friends’ Over Coverage

Former President Trump lashed out at Fox News and its morning flagship program Fox & Friends on Monday over their coverage of his polling.

“Fox & Friends” attempted to give the poll context by comparing it to recent polls that showed Ron DeSantis with an advantage over Trump in key states, The Hill reports.

Trump took to his Truth Social app to blast the program and its hosts, writing, “@foxandfriends just really botched my poll numbers, no doubt on purpose. That show has been terrible — gone to the ‘dark side.’ They quickly quote the big Turning Point Poll victory of almost 60 points over the number two Republican, and then hammer me with outliers.”

The TPUSA poll conducted at a recent event where Trump was a keynote speaker had Donald Trump at 78.7% and Florida Governor Ron DeSantis received 19%. The almost 60 point win is a clear message that Trump’s popularity, especially amongst the base, is still strong.

Trump also slammed “RINO Paul Ryan” who he said was one of the “weakest and worst speakers ever,” and claimed the former Speaker of the House “must be running the place.”

Ryan is on the board of directors at Fox Corp. which owns and operates Fox News channel.

Even Murdoch seems to be turning on Trump. The newspapers he owns, The New York Post and Wall Street Journal, have both recently been critical of the former president in editorials.

During Trump’s presidency “Fox & Friends” was one of his favorite programs and one he would call into frequently to talk about the news of the day.