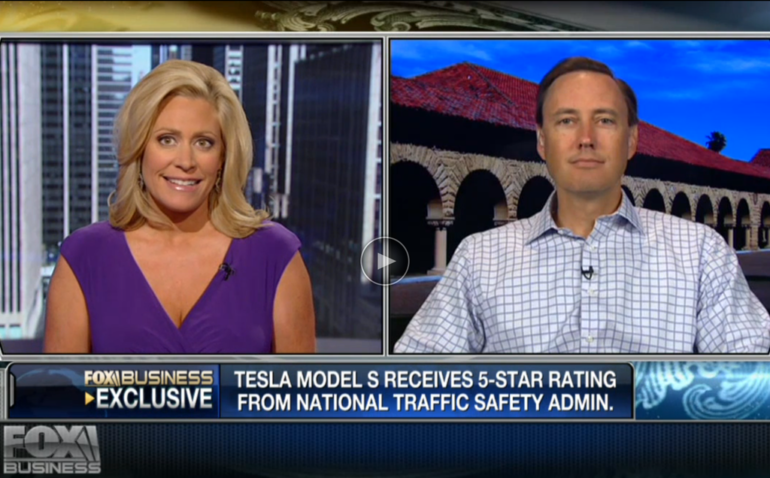 Melissa Francis’s former house was the Little House on the Prairie, where she started her career… [Photo Credit: Steve Jurvetson from Los Altos, USA, CC BY 2.0 , via Wikimedia Commons]
BusinessEntertainmentNewsPolitics

A new report in the Washington Post reveals that Fox News paid $15 million over a pay disparity claim.

the report indicates that former host Melissa Francis got the windfall after she complained about gender-based pay disparities at the media giant.

Francis indicated that she worked to research the disparities by finding out what her peers made at the network.

After Fox offered Francis her promotion in 2017, she said she was granted a negligible increase in compensation. She believed her salary, which was below $1 million, was far less than what her peers were making. But she agreed to wait for the next contract negotiation in 2019. In the meantime, she asked former colleagues and agents what other people were making at Fox News.

The spreadsheet she created with the data she found adjusted for certain variables, she said, including whether someone worked as a solo anchor, which is typically paid more, or as part of an ensemble. She also considered a host’s typical airtime — prime-time opinion show hosts are generally paid more than daytime anchors — and adjusted for experience and ratings. But the trends remained constant, she said: Men were paid many times more than their female counterparts.

On Nov. 11, 2019, Francis had a call with Dianne Brandi, a former executive vice president for legal and business affairs for Fox News who continues to represent Fox in some contract negotiations. When Brandi told her that her new contract would not include an increase in compensation, Francis said she responded by telling Brandi about her research and the “pretty staggering gender pay gap” she had found, mentioning her calculations regarding the salaries of specific daytime Fox hosts.

A lawyer not connected to the case says the size of the settlement indicates how weak Fox News’ position was and they realized they were in trouble.

Fox News said that the version told by Melissa Francis is, “untrue and patently absurd.”

Francis spoke fondly of her time at Fox saying she enjoyed the freedom the network gave her, especially when compared to the other networks she worked.

Francis was canceled on October 7th, the same date Fox News was set to hand over salary information during her arbitration with the company. She said a message flashed across her teleprompter as she prepared for “After the Bell” on Fox Business in her home studio that said “You’ve been canceled.”