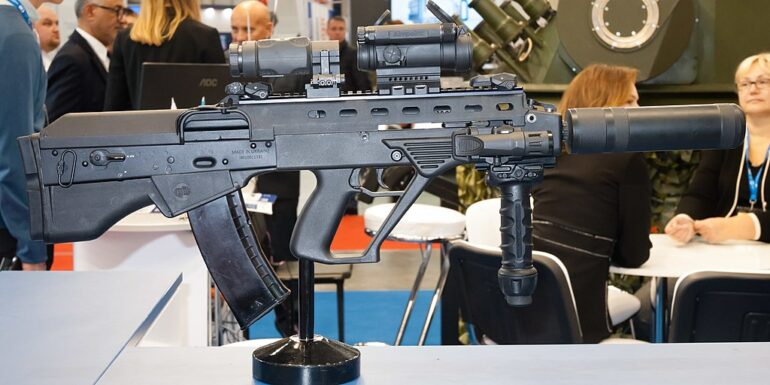 Other studies, including two published in 2020, reached similar conclusions.

This is a response—and perhaps a natural one—to a human tragedy or crisis. We saw this response in the wake of 9-11. We saw it during the Covid-19 pandemic. And we’re seeing it again following three mass shootings—in Buffalo, New York, Uvalde, Texas, and Tulsa Oklahoma—that claimed the lives of more than 30 innocent people, including small children.

In this case, the “something” is gun control. In Canada—where no attack even occurred—Prime Minister Justin Trudeau announced the introduction of legislation that would freeze handgun ownership across the country.

“What this means is that it will no longer be possible to buy, sell, transfer or import handguns anywhere in Canada,” Trudeau said in a press conference.

In the United States, the rhetoric has tended to be more heated but also vague, though some specific proposals have emerged.

Over the weekend, Vice President Kamala Harris called for an all-out ban of “assault weapons.”

“We know what works on this. It includes, let’s have an assault weapons ban,” Harris told reporters in Buffalo after attending the funeral of a victim.

On Thursday, President Joe Biden, while speaking from the White House Cross Hall before a candlelit backdrop, called on Congress to pass new gun control legislation, including a ban on assault weapons.

“How much more carnage are we willing to accept?” Biden asked.

There are numerous problems with this proposal, starting with the sticky question of defining what an “assault weapon” is.

Assault rifles, which by definition are capable of selective fire, are already banned under the National Firearms Act of 1934. The vague phrase “assault weapon” is basically a tautology—by definition, any weapon can be used to assault someone—and virtually useless. The term might be effective politically, but as the economist Thomas Sowell has pointed out, the guns politicians choose to define as “assault weapons” typically “are no more dangerous than others that are not specified.”

We know this because the US had a ban on “assault weapons” as recently as 2004, something gun control supporters recently pointed out on Twitter.

“We had an assault weapon ban for 10 years: 1994-2004,” said Dr. Joanne Freeman, a historian at Yale University. “The world didn’t end. People kept their (other) guns. They bought new guns. It was hardly an attack on gun ownership.”

The world didn’t end.
People kept their (other) guns.
They bought new guns.
It was hardly an attack on gun ownership.

The Public Safety and Recreational Firearms Use Protection Act of 1994 targeted firearms deemed “useful in military and criminal applications but unnecessary in shooting sports or self-defense.”

Freeman is right that the ban lasted a decade before expiring on September 13, 2004. She’s also right that the world “didn’t end” and Americans continued to use and purchase other types of firearms.

What Freeman didn’t bring up was the effectiveness (or lack thereof) of the government’s Federal Assault Weapons Ban. Nearly two decades ago the Department of Justice funded a study to analyze this very topic, and it concluded that the assault weapon prohibition had “mixed” results.

Researchers noted there was a decline in crimes committed with firearms classified as assault weapons, but noted “the decline in AW use was offset throughout at least the late 1990s by steady or rising use of other guns.”

While gun violence overall fell in the US during this period—just like many other countries around the world—the decline continued even after the Federal Assault Weapons Ban ended in 2004. Authors of the government-funded study plainly stated “we cannot clearly credit the ban with any of the nation’s recent drop in gun violence” and any future reduction in gun violence as a result of the ban was likely “to be small at best and perhaps too small for reliable measurement.”

One might contend that this is just one study. No study is irrefutable, after all, even ones commissioned by the Justice Department. However, other studies since then have yielded similar conclusions.

President Biden has claimed the 1994 crime bill he helped pass “brought down these mass killings,” but fact checkers have contested these claims based on this evidence and much more.

The Problem With the ‘Do Something’ Mentality

It’s unlikely the White House has enough votes to pass a second ban on certain semi-automatic firearms, but it’s far from impossible in an environment in which many Americans—even gun enthusiasts and Second Amendment supporters—are increasingly asking politicians to “do something.”

Unfortunately, when people say “do something” they tend to mean “pass sweeping legislation that infringes on the civil liberties of others.” Such thinking spawned the super-state that sprang forth in the War on Terror following the 9-11 attacks. It also produced government lockdowns during the pandemic, the worst and longest depression in American history, and a host of other disasters.

If history has taught us anything, it’s that the impulse to use collective force to “do something” in the wake of a tragedy or crisis has created far more problems than it has solved.

The economic historian Robert Higgs has noted that the most sprawling encroachments of freedom in history spawned during crises and tragedies; they have given rise to tyrants from Lenin to Mao and beyond. Even when powers are relinquished by government, they are rarely relinquished completely (a phenomenon Higgs describes as the Ratchet Effect).

“When [crises occur] … governments almost certainly will gain new powers over economic and social affairs,” wrote Higgs. “For those who cherish individual liberty and a free society, the prospect is deeply disheartening.”

As we mourn the victims in Buffalo, Uvalde, and Tulsa, we’d do well to remember that one true moral purpose of government is to protect individual rights, and any attempt to deprive humans of these rights for “a greater good” is a perversion of the law.