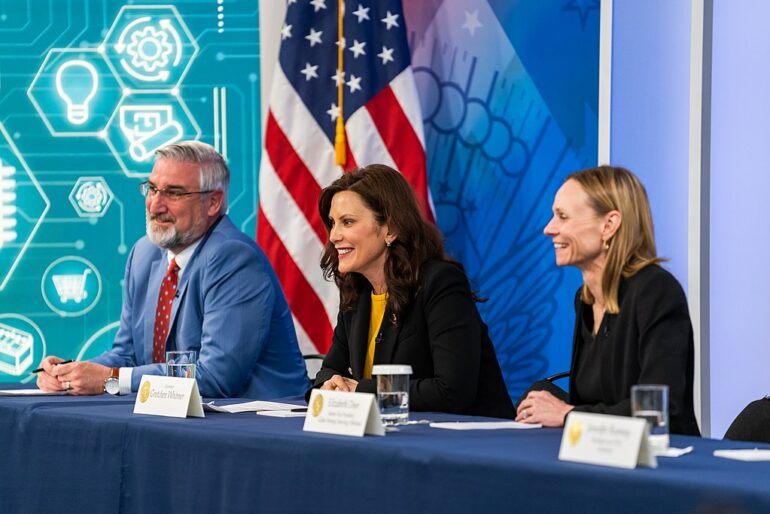 The Bureau of Elections has charged that neither former Detroit Police Chief James Craig or businessman Perry Johnson submitted enough valid signatures to be on the primary ballot The Daily Wire reports.

Not only were there not enough signatures many of the ones submitted by the two candidates were invalid.

John Yob, a consultant for Johnson, told The Detroit News the bureau didn’t have the right to unilaterally void every single signature obtained by the alleged forgers.

“We strongly believe they are refusing to count thousands of signatures from legitimate voters who signed the petitions and look forward to winning this fight before the board, and if necessary, in the courts,” Yob said.

The Board of State Canvassers, which includes two Democrats and two Republicans, will consider the bureau’s findings on Thursday. It would take three to buck the bureau’s recommendation and keep one or more of the candidates on the ballot, according to the Michigan Secretary of State’s office.

“I’m a fighter, always been a fighter,” Craig told Fox 2 after the report came out. “Michigan wants something different. I know, everyone else knows, I was the GOP candidate that would have upset the incumbent,” Craig told FOX 2 following the report from the bureau.

Craig campaign lawyer Edward Greim blamed the fraudulent signatures on circulators hired by the campaign who he said, “Despite the potential efforts of a group of circulators to defraud the campaign, it is our belief that the petition remains valid… That is because most of the technical challenges fail, and a signature comparison will likely show that the circulators did not write in a sufficient number of false signatures to erase the comfortable cushion of supporters amassed by the campaign.”

[READ NEXT: US Gets Win Over China?]