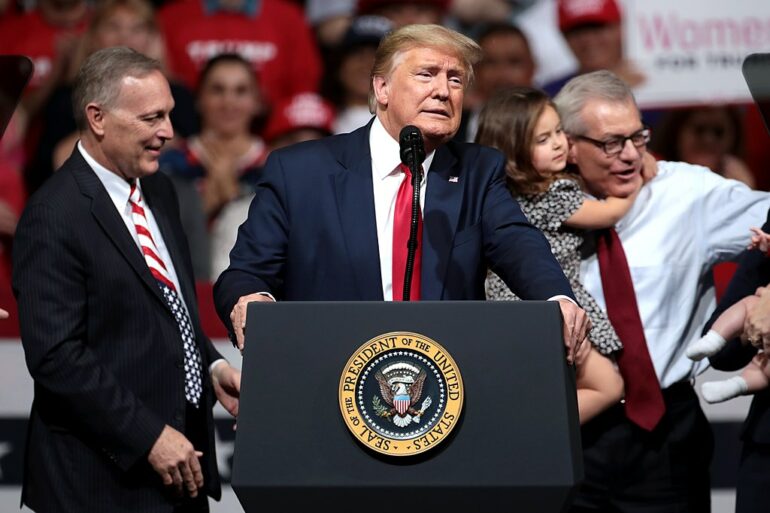 The Arizona Supreme Court has ruled that US Congressman Andy Biggs and Paul Gosar and State Representative Mark Finchem can stay on the ballot after voters challenged their candidacy.

The Daily Wire reports that the challenge was on the ground of the 14th Amendment which would bar anyone from the ballot who participated in an insurrection against the United States.

The accusations stem from their participation in the January 6th riot in Washington DC.

The pertinent clause of the 14th Amendment is known as the “Disqualification Clause.”

No person shall be a Senator or Representative in Congress, or elector of President and Vice-President, or hold any office, civil or military, under the United States, or under any State, who, having previously taken an oath, as a member of Congress, or as an officer of the United States, or as a member of any State legislature, or as an executive or judicial officer of any State, to support the Constitution of the United States, shall have engaged in insurrection or rebellion against the same, or given aid or comfort to the enemies thereof. But Congress may by a vote of two-thirds of each House, remove such disability.

Finchem is running to become Secretary of State for Arizona, and both Biggs and Gosar are running for reelection in their distrcits.

The ruling as reported by The Wire:

The case originated in the Maricopa County Superior Court, which ruled in favor of the three candidates. The Superior Court ruled that: Congress did not establish a private right of action to enforce the Disqualification Clause, neither does the criminal statute outlawing insurrection and rebellion; the Arizona state law governing election challenges similarly does not provide for private right of action, and; the Constitution only gives Congress the authority to determine qualifications for holding office, among other rulings. The Supreme Court agreed with the lower court’s findings, noting that Section 5 of the 14th Amendment expressly delegates the authority on whether and how to enforce the Disqualification Clause to Congress. The Court also ruled that a state-level election challenge is not the proper way to enact a Disqualification Clause challenge, and out of the scope of Arizona law. The Court thus upheld the lower Court ruling; all three candidates will appear on the ballot for the August primary.

The ruling in Arizona follows a ruling by a judge in Georgia dismissing similar charges against Marjorie Taylor Greene.