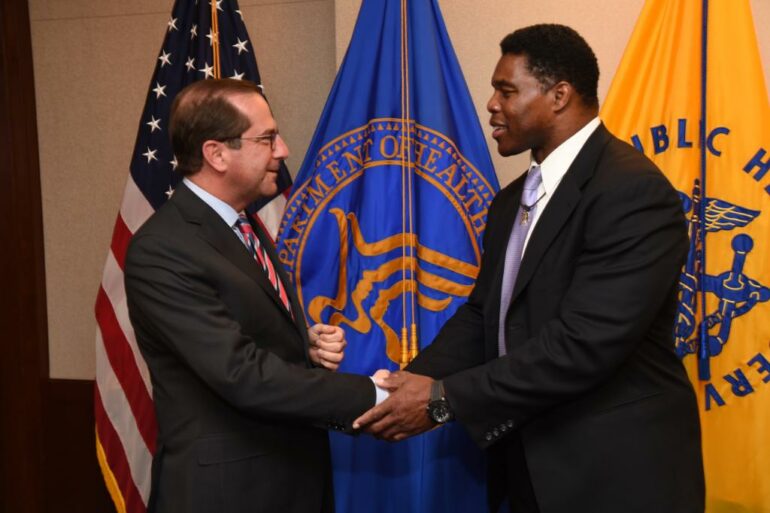 Warnock, who has served as one of Georgia’s Senators since 2021, has been struggling to find a message to win on in 2022 and now finds himself with poor poll numbers.

A recent poll conducted by a Super PAC which is supporting Walker’s bid shows that he has overtaken Warnock for the first time.

Per the Washington Examiner:

“The microtargeting project, which is likely the most expansive and detailed survey conducted in Georgia so far this cycle, shows the dominant position that Herschel Walker maintains over Raphael Warnock in the race for the U.S. Senate,” Republican pollster Blaise Hazelwood wrote in a memorandum for 34N22, the super PAC supporting Walker’s Senate bid.

The survey from the firm Grassroots Targeting, made available to the Washington Examiner on Tuesday, polled registered Georgia voters from April 3-16 using a mixture of landline and cellphone conversations and text message interviews. The margin of error was plus or minus 1.96 percentage points.

Meanwhile, Republican operatives advising 34N22 believe Walker could be in an even stronger position against Warnock than the top-line ballot test suggests based on message testing conducted in this survey on crime, inflation, and the economy more broadly.

Herschel Walker, who’s been endorsed by former President Donald Trump, still needs to get through the GOP Primary before he can take on Warnock.

Walker will take Georgia’s Agriculture Commissioner Gary Black in a primary in late May. Polling suggest Walker should have an easy time winning the primary and going onto the general.

[READ NEXT: This Democrat Senator is Bucking His Own Party to Endorse a Republican [CLICK HERE TO FIND OUT WHO]