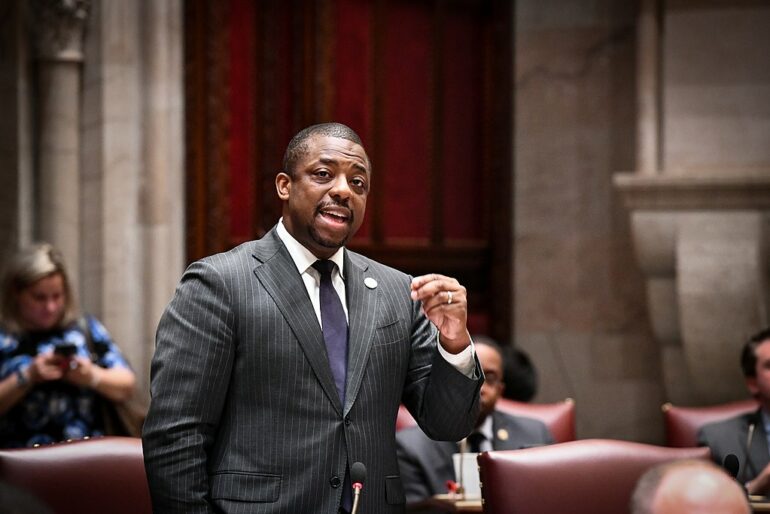 Benjamin has been charged with a scheme that sought to funnel illegal donation to his campaign through bribery, fraud, and falsification of records.

Specifically, Benjamin is accused of attempting to direct funds from the state to a Brooklyn real estate developer in exchange for thousands of dollars in campaign donations.

All of this occurred when Benjamin was a state senator and not lieutenant governor.

“In so doing, Benjamin abused his authority as a New York State senator, engaging in a bribery scheme using public funds for his own corrupt purposes,” prosecutors charged in the indictment. The investor was arrested on federal charges in November.

The indictment — the result of an investigation by the F.B.I., U.S. attorney for the Southern District of New York and the city’s Department of Investigation — also charged that Mr. Benjamin subsequently “engaged in a series of lies and deceptions to cover up the scheme,” including falsifying campaign donation forms, misleading New York City authorities and giving false information as part of a background check to become lieutenant governor last year.

The report did make clear that there was no indication from the investigation that current Governor Kathy Hocul knew anything of the scheme or was involved.

[READ NEXT: Trump Tips Over the MAGA Cart]