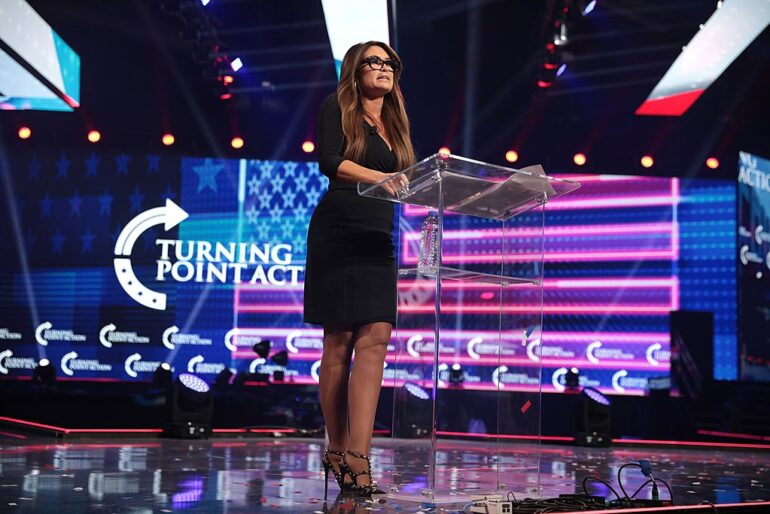 Kimberly Guilfoyle speaking with attendees at the 2021 AmericaFest at the Phoenix Convention Center in Phoenix, Arizona - Gage Skidmore
Politics

The January 6th committee has issued a subpoena for Kimberly Guilfoyle.

Guilfoyle, a former Fox News host and the fiance of Donald Trump Jr. was a top fundraising official for Trump’s 2020 presidential campaign.

The committee recently filed court document suggesting that evidence does exist to accuse Trump and his associates of a criminal conspiracy. The veracity of these claims is still suspect.

Chairman of the Committee, Rep. Bennie Thompson (D – MISS) said that Guilfoyle met with Trump on January 6th, and spoke at the Stop the Steal Rally, and they hope to glean some information from that.

Thompson says Guilfoyle’s role in raising the funds for the rally also makes her a target.