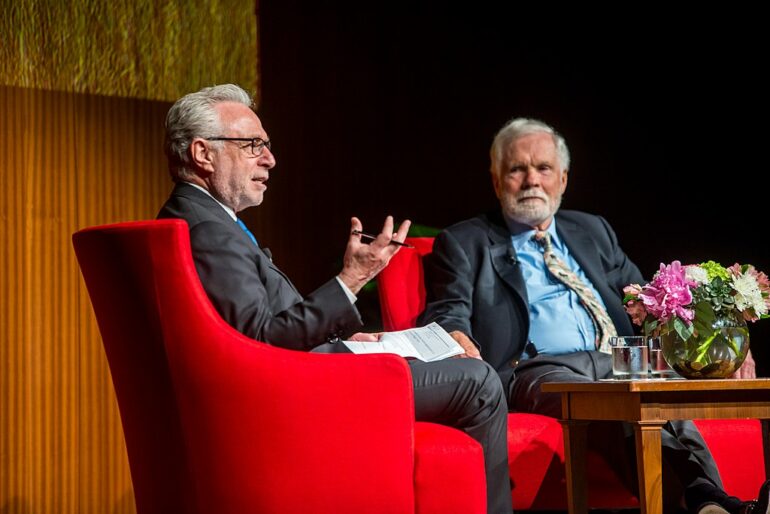 The LBJ Foundation honors entrepreneur and philanthropist Ted Turner with the 2015 Lady Bird Johnson Environmental Award at the LBJ Presidential Library on May 21, 2015. The program was introduced by Larry Temple and Tom Johnson, moderated by CNN’s Wolf Blitzer, and LBJ's daughters, Lynda Robb and Luci Johnson, presented the award. Via Wikimedia Commons
News

Ted Turner biographer Porter Bibb recently spoke about Turner, his current struggles, his views of CNN, and how he was pushed out.

Although he hasn’t spoken to him recently Bibb said Turner was not happy with the direction former CNN President Jeff Zucker took the company. From a 24/7 news channel to an opinion network to compete with Fox News.

Bibb also detailed how the AOL deal in 2000 effectively pushed Turner out. He lost his #1 parking spot at Turner Field, half of his $20 billion net worth which turned him into a hostile shareholder, and how his son was said to have been paid too much.

Most shockingly is the revelation of Turner’s brain disease. He as Lewy Body Syndrome, the same that led to Robin Williams taking his life, and Bibb fears that when it gets to a point Ted could take his own life.

[READ NEXT: 6 Things We Know About the CIA’s Mass Surveillance Program]