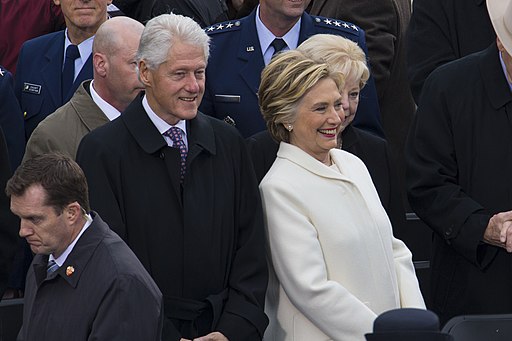 Hillary Clinton is becoming more visible in the public eye as rumors swirl of her mulling a possible 2024 presidential run.

Her latest appearance will occur at next week’s New York Democrat Party convention, according to reports.

Clinton was a Senator from New York before becoming Secretary of State for former President Obama and then running for president.

Clinton is clawing for relevancy and the latest move shows just how important the public eye is for her.

Allies have recently published an op-ed in the Wall Street Journal making a case for her candidacy in 2024.

The news of her mulling a run comes as Biden’s polling numbers sink and his approval hovers in the low 40s.

A source that revealed Clinton’s speaking engagement stated, “She’s beloved by the mainstream members of the Democratic Party and her popularity is likely higher than that of President Biden. It’s good for her because it keeps her relevant and her appearance is likely meant to galvanize the party and the audience.”

Clinton last spoke at the convention in 2018 where she endorsed ex-governor Andrew Cuomo who has since resigned in disgrace.