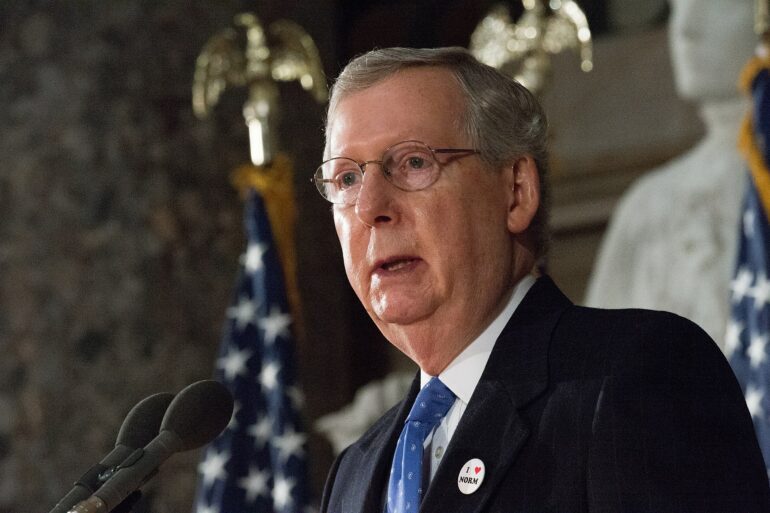 On a 68-29 vote, the Senate reportedly approved a $1.7 trillion spending bill on Thursday.

At least 18 Republicans joined Democrats to help the bill succeed.

Prior to the federal government’s funding deadline on Friday, congressional leaders are scurrying to pass the package through Congress and deliver it to President Joe Biden.

Last week, Congress approved a continuing resolution, or stopgap financing package, to keep the government operating through the day before Christmas Eve.

The Senate comfortably passed the 60-vote requirement on Tuesday by voting 70-25 to advance the bill via a procedural vote and start discussion.

A handful of conservative senators have openly opposed the spending plan, and House Minority Leader Kevin McCarthy, a front-runner to become the next House speaker, has publicly criticized it.

Republicans who oppose the omnibus have said that until the party takes control of the House next year, stopgap spending measures need to be passed by Congress.

This would put the GOP in a stronger position to negotiate spending goals with the administration and Democrats.

To get the measure through the Senate, McConnell collaborated with Chuck Schumer (D-NY), the majority leader. According to McConnell, the omnibus constituted an essential investment in the American military.

$858 billion, or $45 billion more than what Biden sought, will go toward military expenditure in the measure.

It has additional discretionary nondefense expenditure of $772.5 billion.

There are various earmarks, carveouts, and favors for different politicians in the massive $1.7 trillion plan.

The law also includes a variety of clauses such as allocating $410 million to Jordan, Lebanon, Egypt, Tunisia, and Oman for border security in addition to massive amount of other pork for both foreign and domestic projects.