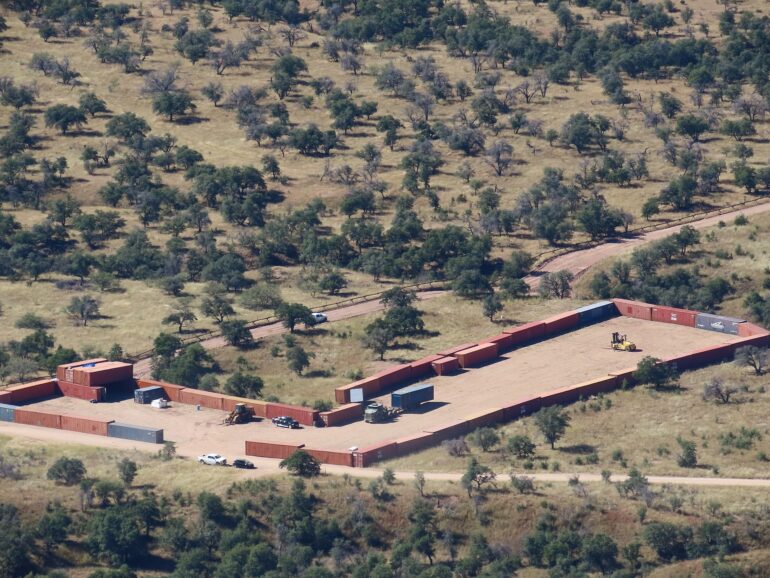 Gov. Doug Ducey of Arizona is reportedly begining of the process of dismantling a shipping container border wall due to pressure from the Biden administration.

According to court filings submitted on Thursday to the U.S. District Court in Phoenix, the Republican governor negotiated a deal with the Department of Justice in which Arizona agreed to halt building of the border wall on national forest areas.

According to the agreement, Arizona must remove any previously placed shipping containers along with any related tools, materials, vehicles, and other items from the Yuma Sector of the U.S. Border Patrol without causing harm to American natural resources.

Arizona will reportedly collaborate on this with representatives from Customs and Border Protection and the U.S. Forest Service.

One week after the Biden administration sued Ducey on behalf of the Bureau of Reclamation, the Department of Agriculture, and the Forest Service, a deal was struck.

Hobbs has referred to the wall made out of shipping containers as a waste of government resources and a political gimmick.

Ducey informed federal officials that Arizona was prepared to assist in the container removal prior to the lawsuit.

They were erected, he claimed, as a temporary barrier.

However, as it promised to do a year ago, he urged the federal government to specify when it would close any gaps in the ongoing border wall.

The final numbers on how much a new project would cost and when work will start are still being worked out.

The project involving transporting and building the wall made of shipping containers reportedly cost Arizona at least $82 million.