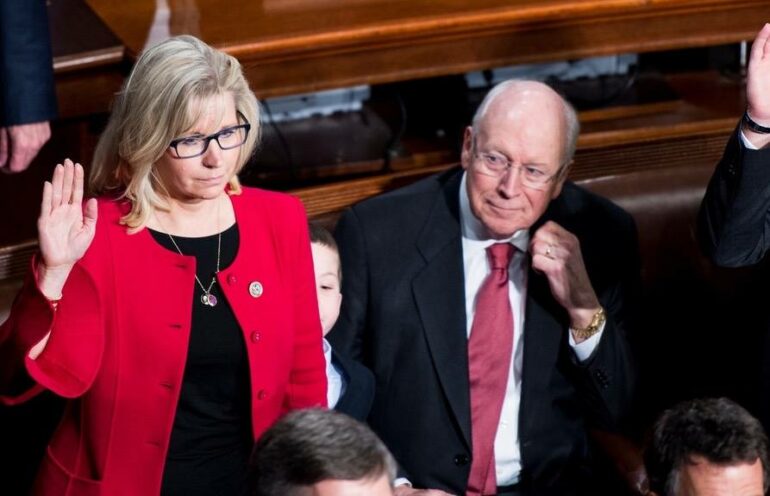 On Friday The Republican National Committee has censured Congressman Adam Kinzinger (D-IL) and Congresswoman Liz Cheney (R-WY) in what has been described as a “rare” move.

Committee members gathered for a general session in Salt Lake City, Utah on Friday where they conducted a voice vote on a resolution whereby the RNC will “no longer support them as members” of the GOP.

Cheney and Kinzinger have been vocal opponents of President Trump and were two of the 10 Republicans who voted to impeach Trump for inciting the January 6th Capitol riots.

Both members of Congress also serve on the House Select Committee which is investigating the events which took place on January 6th.

The Republican National Committee released a statement following the vote. In the statement RNC Chairwoman Ronna Romney McDaniel said, “They chose to join Nancy Pelosi in a Democrat-led persecution of ordinary citizens who engaged in legitimate political discourse that had nothing to do with violence at the Capitol.”

The resolution was introduced by longtime Trump-ally David Bossie of Maryland.

First-term Congressman Pete Meijer (R-MI) stood up for Cheney and Kinzinger. In a tweet, he called the censure a “shameful whitewashing” of the events of January 6th “gives to extremists seeking power by force when they are incapable of persuasion.”

While Kinzinger is retiring from Congress, Cheney will face voters for the first-time since voting to impeach Trump and she’ll have to do it without support from the GOP. She is currently being challenged in the GOP primary by Harriet Hageman. Hageman, an attorney who ran and lost for governor in 2018, has raised a significant amount of campaign cash and has the support of former President Trump.