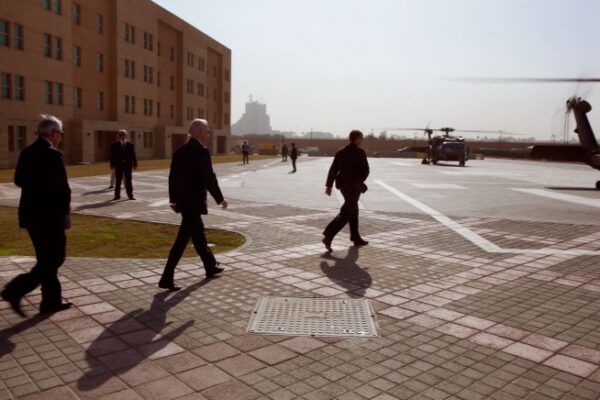 Vice President Joe Biden walks to his helicopter at the U.S. Embassy in Baghdad, Iraq, Dec. 1, 2011. from Wikimedia Commons
News

The United States Embassy in Baghdad, Iraq is claiming that it was attacked by terrorists on Thursday.

Details are vague about what transpired but the embassy said the attack was an attempt to undermine the security of Iraq.

Attacks have escalated in the recent month against personnel in Iraq and Syria and witnesses have claimed that they heard the embassy’s defense system respond.

Both of the drones approaching American forces were shot down.